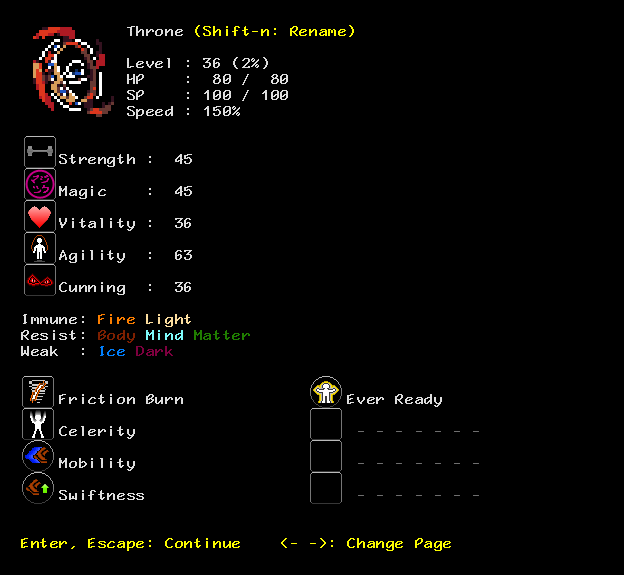 I dread having to do non-update updates, but that’s what this is. Without going into unnecessary or boring detail, November has been quite an “interesting” month for me. This has had an impact on development of the next build, which is why I am reporting it here. Things will hopefully get back on track soon.

Thank you for your patience, and in the meantime, good luck in the Tower!

Not much to actually show yet because I’d rather save previews for when sprites are available, but did want to drop a progress update regardless.

A quick note on what’s next: The Tower will (finally) be expanding closer to its target of 30 floors.

The next build will add the 24th-26th floors. It’s been waaaayyy too long since the last push to 30.

This won’t necessarily mean nothing new for summoners who aren’t reaching the top just yet: new demons means new abilities, and some of those new abilities often end up going on modifier lists, even for modifiers found much lower in the Tower than the new demons themselves.

I’ll also be fixing some bugs that popped up towards the end of the upgrade points build cycle.

Should have some sneak peeks of the new content later this month.