And, one more small sample of what’s coming in the Matter build in terms of demons, with Geminimax’s sprites.

(The ones in the post before were using his sprites too, but I uncharacteristically neglected to mention that! Apologies!)

There are three other characters in the Matter build besides these fifteen from the last few posts, but they’re uniques so I don’t want to give them away, at least not yet. 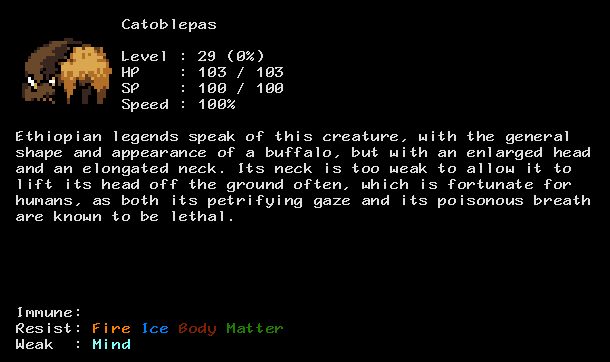 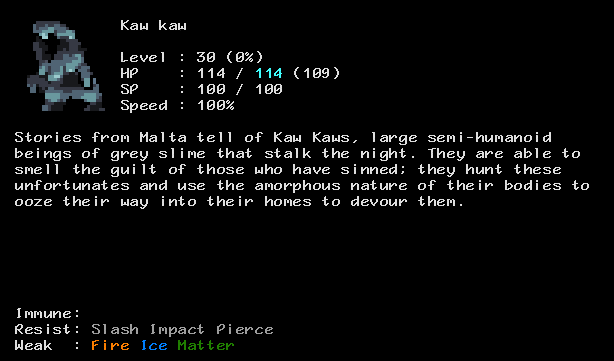 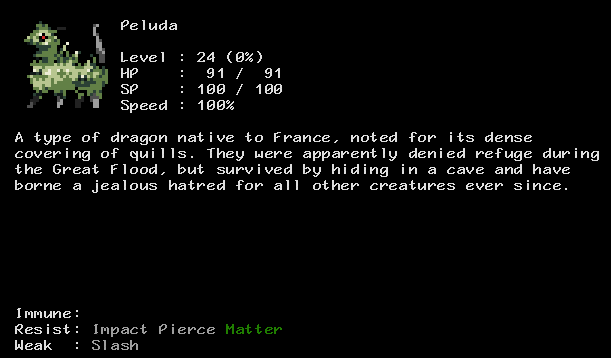 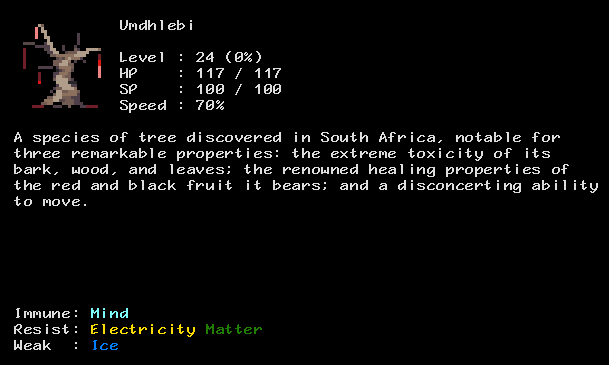 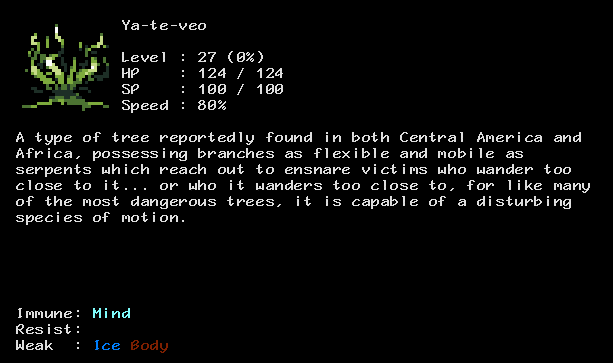 Here’s another sample of the new demons you’ll run into once the Matter build is released. 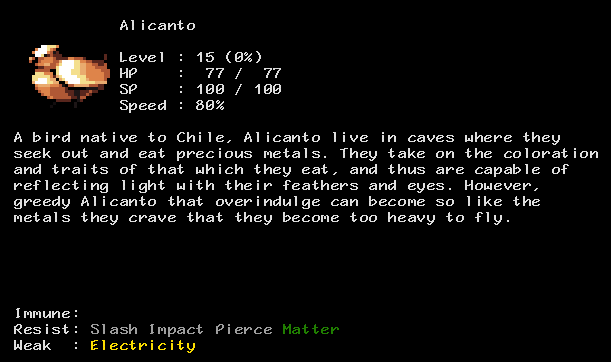 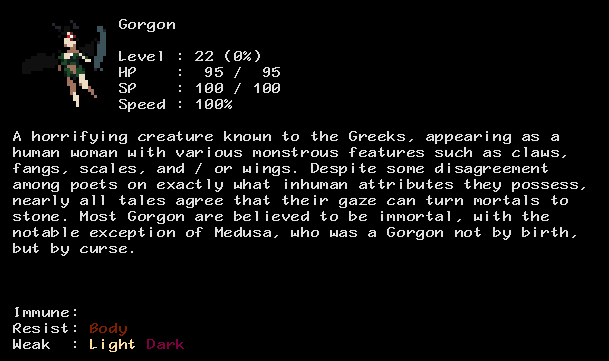 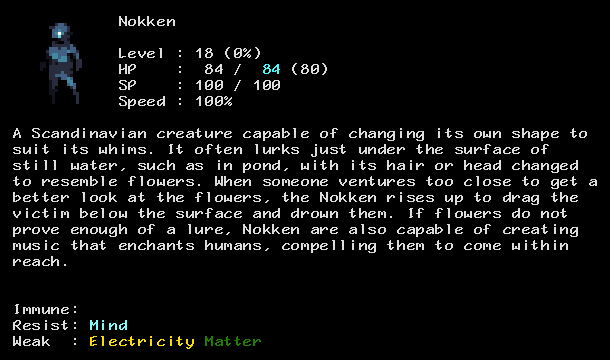 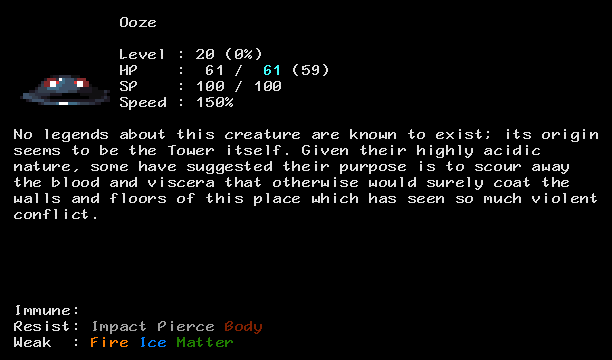 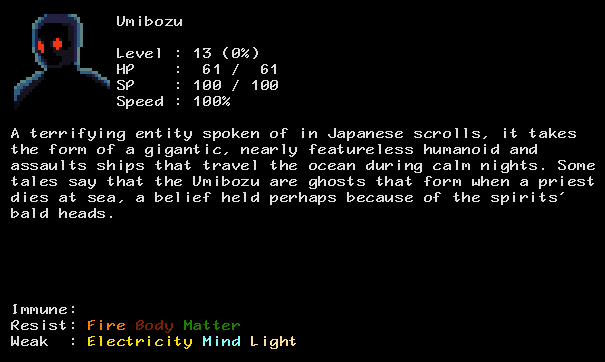 I’m slowpoking my way through my sprites, but Geminimax has already finished his.

So, I switched tasks for a bit and got enough implementation work done to be able to show some semi-in-game screenshots.

For now, I present five of the lower level Matter-wielding demons you’ll run across, but I will show more later in future posts. Enjoy! 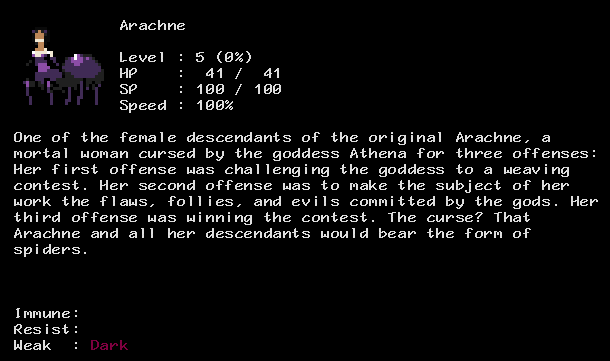 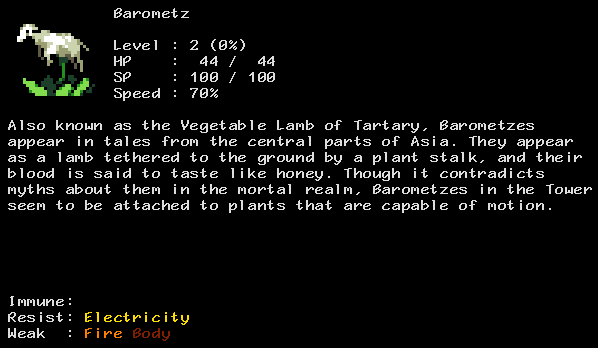 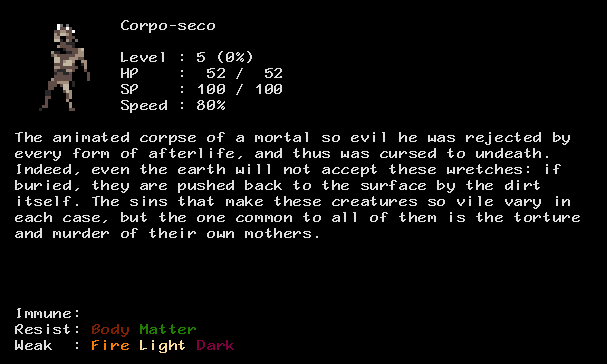 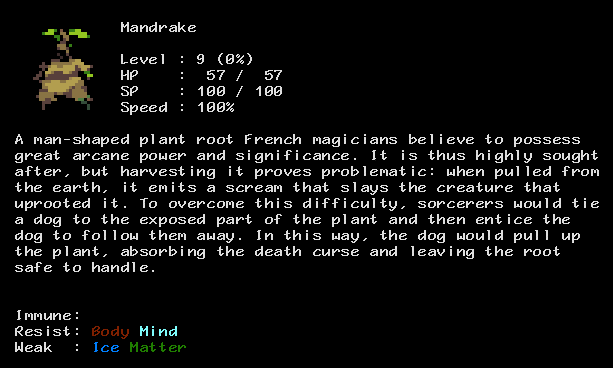 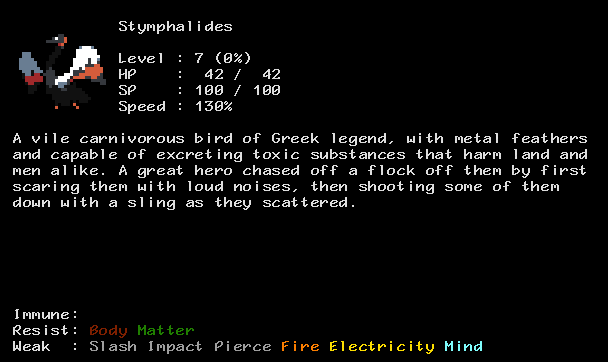 Slowly working my way back into the swing of things as I adjust to the new (rather busy) job, here are sprites for four of the new demons coming in the Matter build.

Mandrake: A man-shaped root plant believed to have significant arcane power, but which emits a deadly scream when harvested. In game, it uses a combination of Matter and Mind abilities to entangle and then mind-blast its enemies.

Umibozu: A spirit of Japan that haunts the ocean, appearing on calm nights to destroy ships. In game, it can teleport to its enemies quickly, and utilizes blinding and disintegration based Impact and Matter abilities.

Umdhlebi: An African tree, capable of motion, which is known to be a source of horrific toxins and miraculous healing agents. In game, it assails foes with poison and acid ceaselessly using Body and Matter abilities, but is also capable of removing a variety of status conditions with Healing abilities.

Ooze: Another of the mysterious formless monsters which seem to inhabit the Tower as they do nearly every other dangerous place of legend. In game, they are rather speedy entities that rush towards their enemies to rapidly dissolve them using Matter abilities.

I hope to have more sprite art to share soon.