The long-awaited new build, with 20 new demons, over 170 new abilities, 3 new Tower floors, 3 new Sanctums, and a heap of improvements and bug fixes has been released! Build links have already been updated, so go get it!

Special thanks go out to the awesome folks who when asked stepped up to help me test this thing so I could get it out faster.

Anyway, I’ve been talking about this build for so long I don’t really feel like I need to post a giant thing for its release, so I’ll leave it at that.

Go play, and good luck in the Tower!

Soon, the Tower’s new floors will be open to everyone.

Well.. everyone who can get up there anyway…

It is my intention to release the long-awaited new content build on 3/31.

I have only 3 open bugs at the moment, and 1 of them I would be willing to live with if I absolutely must (by removing the AI change that is causing it.) I should be able to fix and verify the other 2 quickly: the remaining time is for further testing and fixing anything that drags into the light.

Something to read while I clean up the last bits and do final testing.

A short post, but I wanted to show off one of my favorite new abilities, and the starting package I stuck it in. 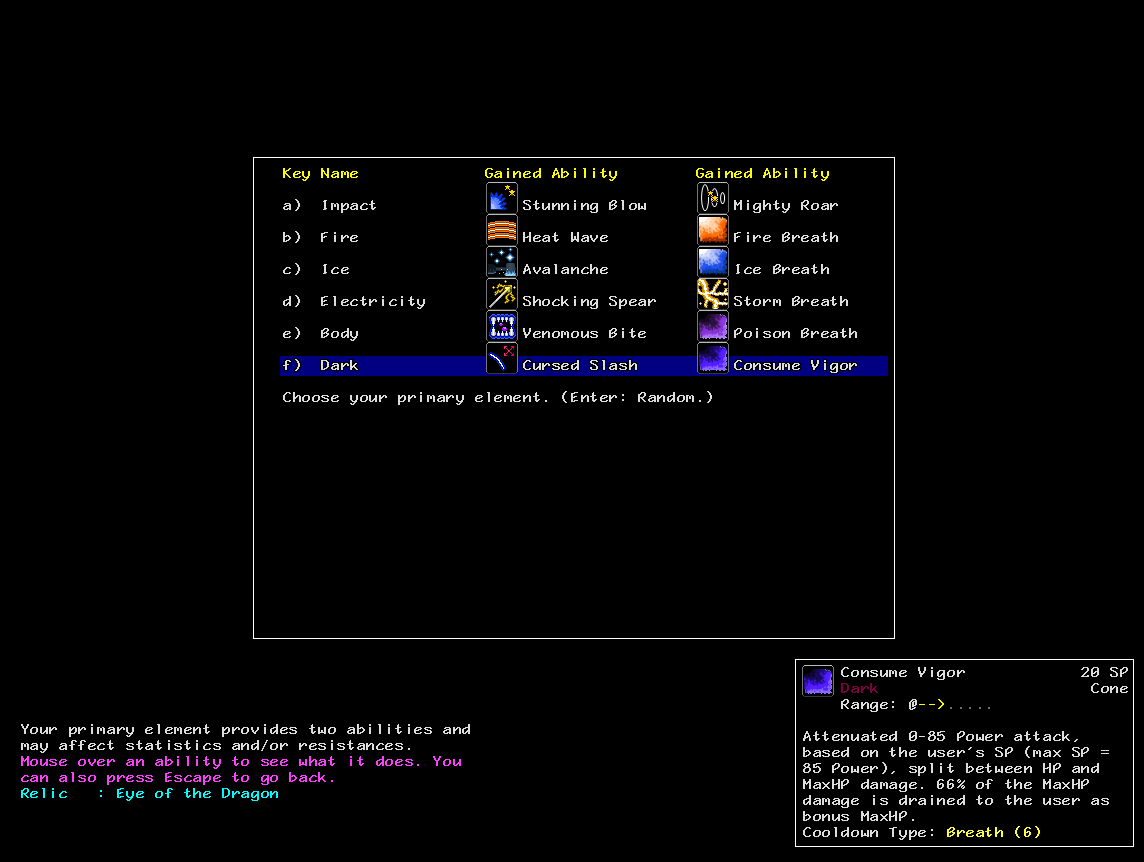 Google Drive recently offended me again by confusing another innocent would-be Demon player with its ridiculous interface. This is the straw that broke the ferret’s back.

As soon as I’m not drowning in build stuff, I’m going to set the download links on the website here to all point to itch.io instead. I had initially avoided this step because I didn’t want the only download option to be the one that also serves as the donation box since I didn’t want people to feel like they have to donate, but at this point Google Drive’s aggro has built up high enough where I’m more concerned its crappy interface is costing me players than I am about sending all downloads through the optional donation box.

Even after doing this, in order to give people time to update their links, I will probably continue to keep the build folders on Google Drive updated, but I will add a readme file indicating that this will probably end soon and that they should go itch.io instead.

Just for the record: Demon will always be totally free. Donations are appreciated, and (minus itch’s cut, Paypal’s cut, and taxes) are put into the piggy bank I use to fund periods of full time development, but entirely optional.

One of the less advertised features of the build that introduces the first Tier 3 content is that I also decided to bump up Tier 2′s difficulty slightly. The most noticeable side effect of this is that some Tier 2 demons can now have 5 abilities, and Tier 2 uniques can have 7 abilities. Here’s a few examples of the new stuff you’ll see in what used to be old, familiar places. 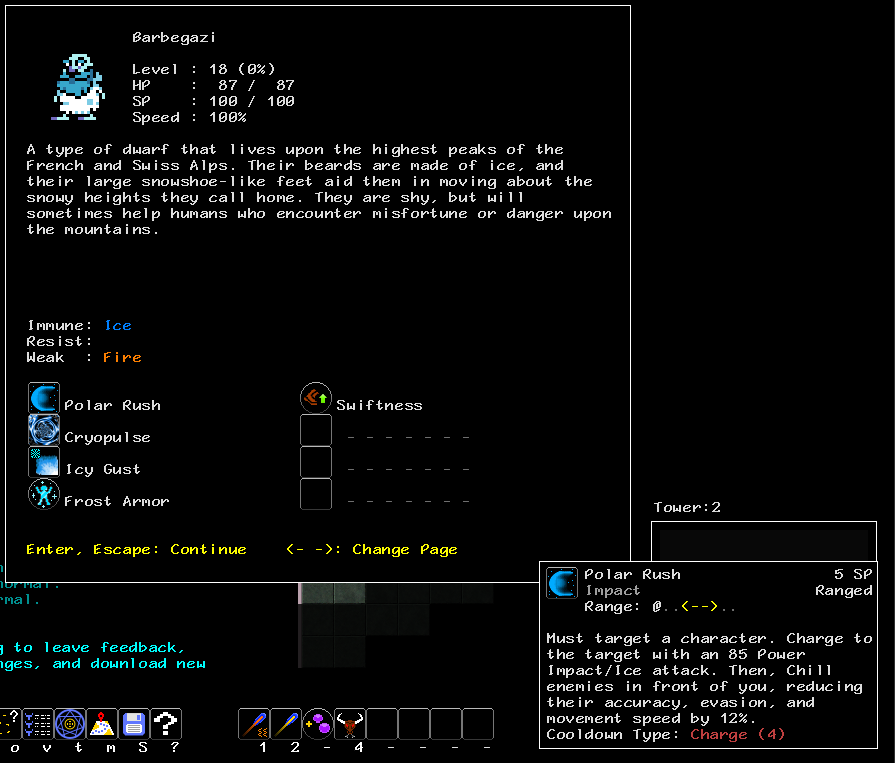 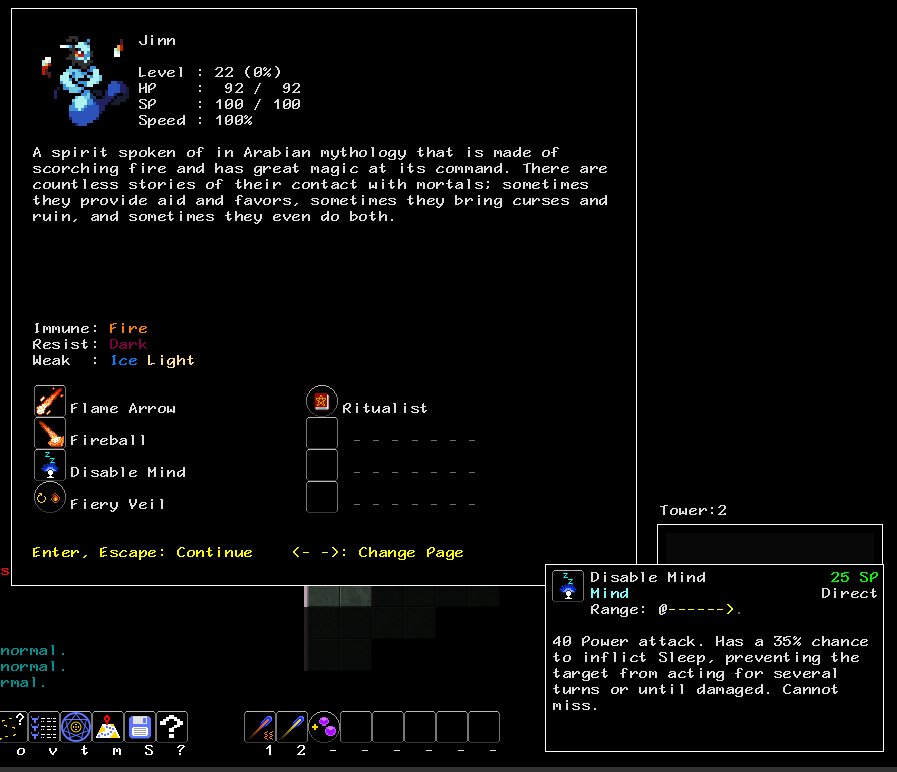 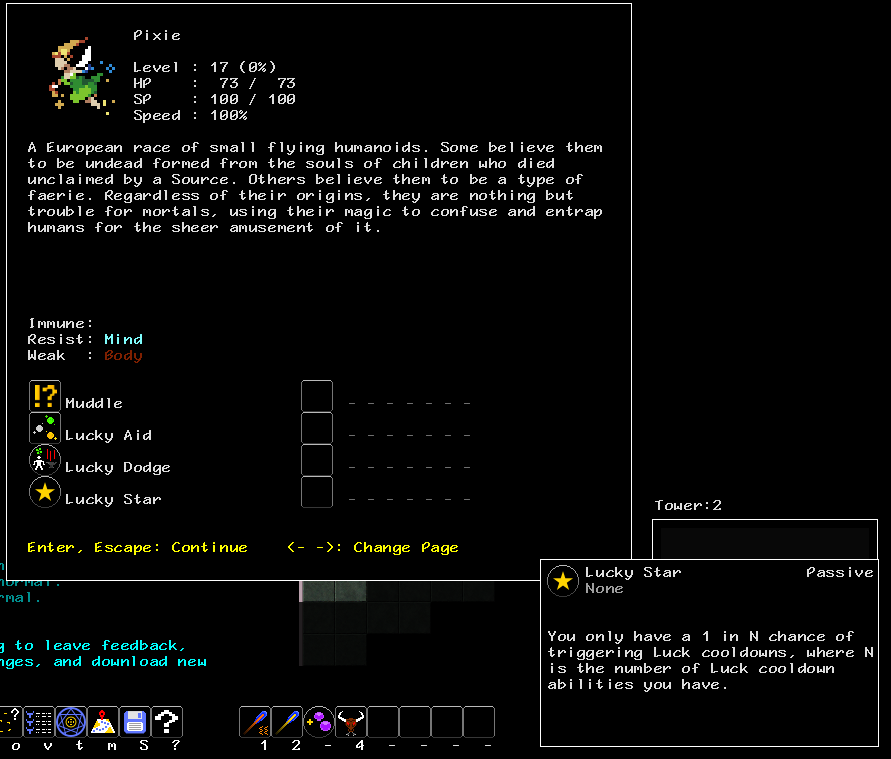 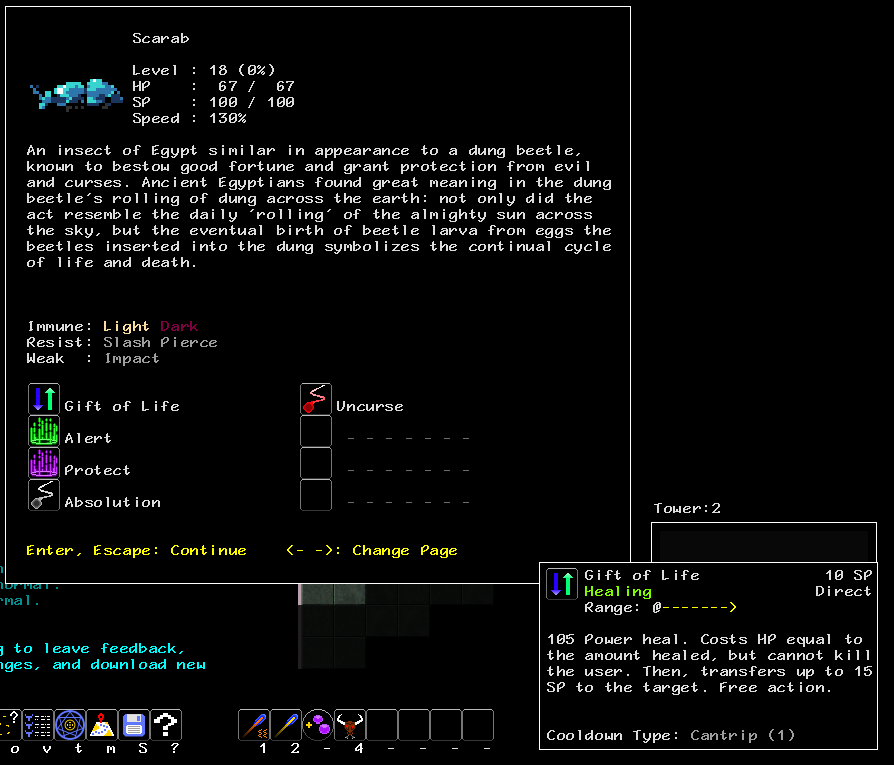 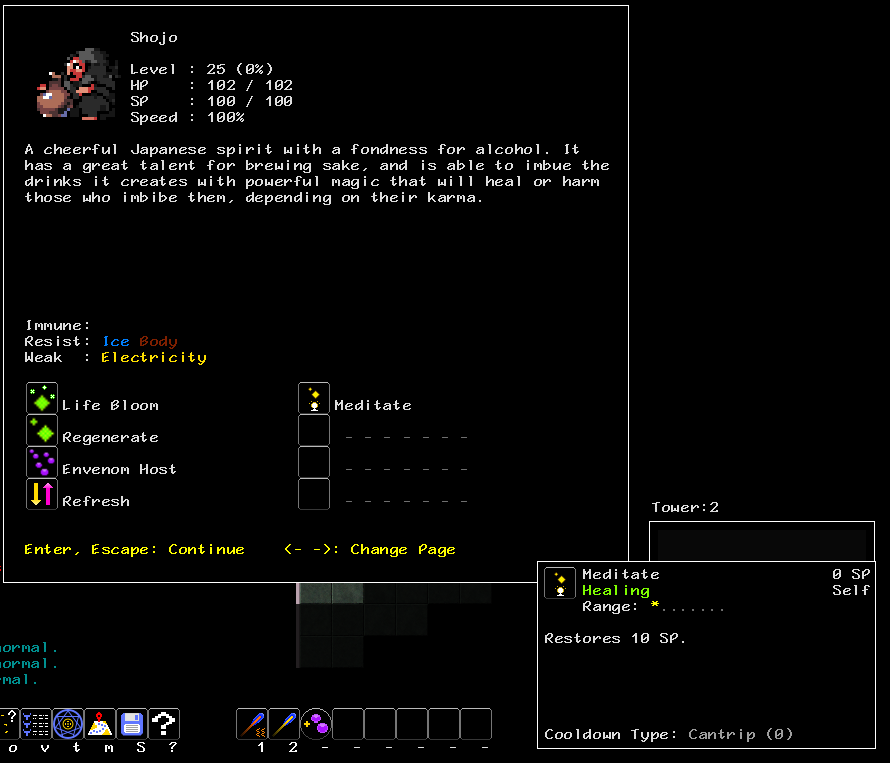 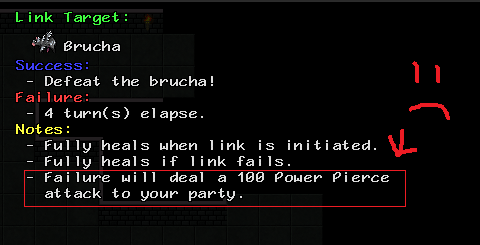