With the abilities done, I’ve begun implementing the demons and the encounters they will be a part of.

For this update, here’s a few previews. 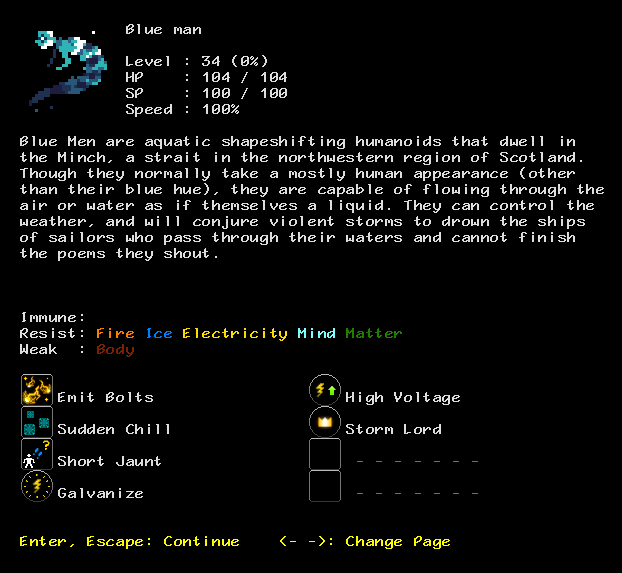 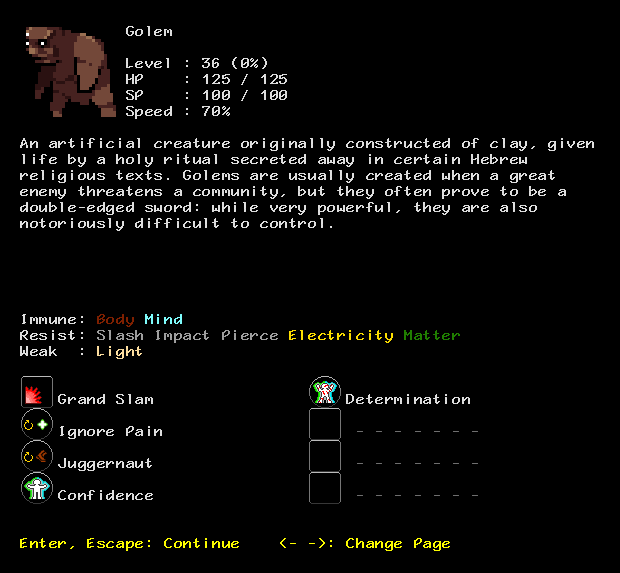 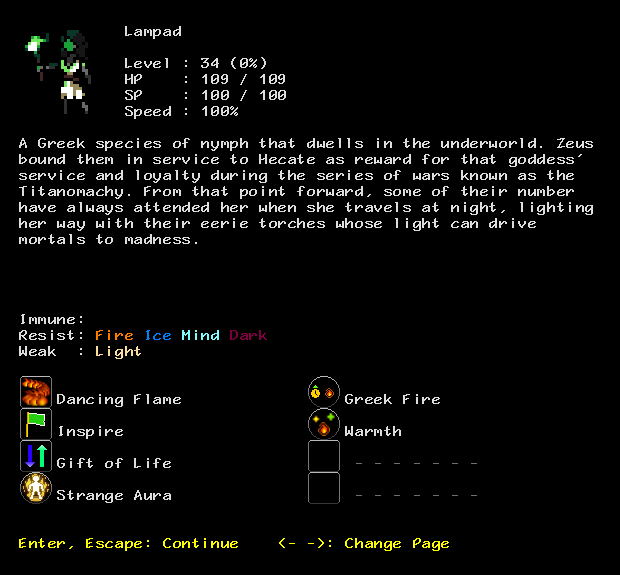 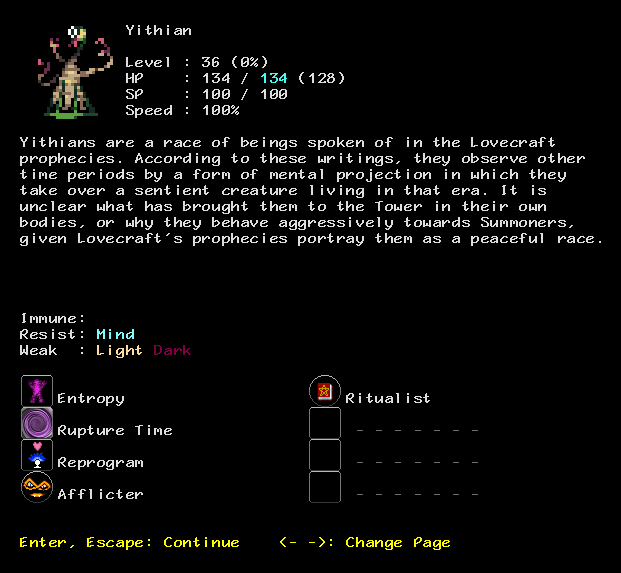 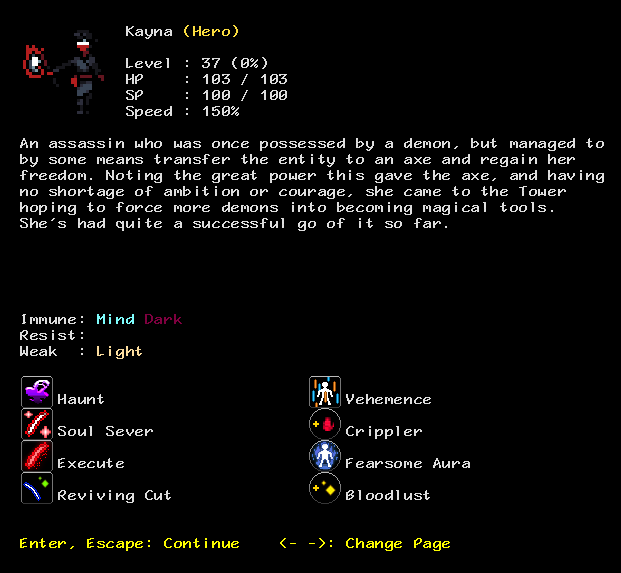 I finished the ability icons earlier this week, and have become implementing the new abilities.

I’m about 50% done with the implementation, and when I’m done with that I’ll begin posting some detailed previews of selected demons.

But in the meantime, here’s the ability icons to take a sneak peek at. 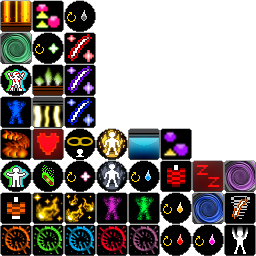 Here’s the list of new abilities, around 40 total, that are coming in the next build.

As previously mentioned, a good many of these will be possible to see much earlier than the new floors. I’d guesstimate about 2/3rds of them will end up on Tier 1 and Tier 2 modifier lists (which means they will appear on randomly modified demons and corpses in those areas.)

See you again soon for the next update!

Holiday’s over so I’m back at it.

Currently, I’m working on the new abilities that all the demons I’ve been previewing will use. Additionally, when I make new abilities, if appropriate, I also make other Tier versions of them (i.e.: if I need Flame Dart, a Tier 1 Fire attack, for a new demon, I’ll probably also make Flame Arrow and Flame Blast, the Tier 2 and Tier 3 versions) or “adjacent” abilities (i.e.: If I make Iron Will, a Passive that reduces debuff status effect durations, for a new demon, I’ll probably also make Iron passives for other status effect types.)

All of that means two things: there will be a decent number of new abilities coming in this build, and not all of them will be directly on the new demons, or even necessarily end-game only: some will also be added to modifier lists and the like where they can show up earlier in the Tower.

Once I get further along with these, I’ll begin showing specific Demon previews that showcase some of the new abilities.

Until then, good luck in the Tower.