I’ve got some examples of what Ability-related Modifiers look like on Brands, but before we get to those, a quick announcement.

Given the magnitude of the changes Brands mean for Demon, I want to do a test build series again before a wider release. Same policy as before: I’ll make a thread on the forums with links to the test builds, and post here when new ones are posted. You won’t need to register for the forums or anything to see or download from the link, just go and grab ‘em. I do this only to increase the odds that everyone who downloads them understands they *are* test builds, and thus, may have moderate or even serious issues that would normally not be present in actual releases.

No precise ETA on this other than “sometime next month”: between work picking up unexpectedly earlier… and, if I’m being honest, the impending release of Etrian Odyssey Nexus next week… it will probably be a little bit yet.

With no further ado, the Ability-related Brand examples 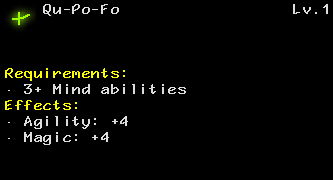 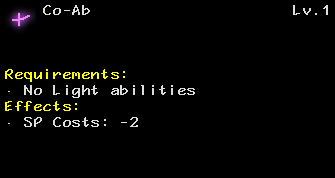 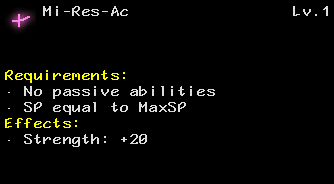 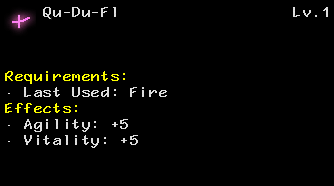 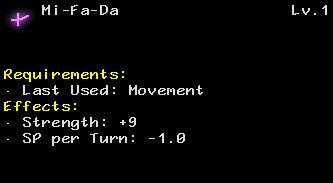 hings have been a bit slow due to work, but I’ve been able to finish the first full series of modifiers, related to Stamina and SP Costs.

Here’s a few sample brands involving some of those modifiers that I think are interesting, or at least suggest interesting possibilities. 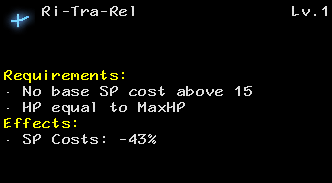 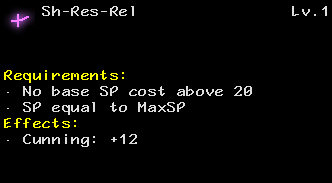 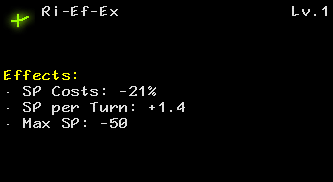 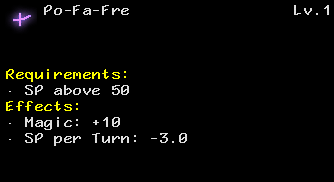 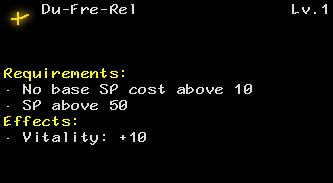 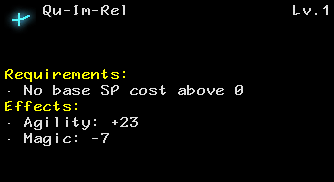 Basic enemy AI for selecting Brands to use is up and running.

Demons that spawn on a floor (other than those associated with an enemy summoner, which are handled differently) can spawn with any Brand that has spawned on that floor. Demons consider their abilities, stats, and other factors when deciding which Brand to use.

For example, consider these two Malingees who spawned on the same floor (and thus, had the same Brands to choose from): 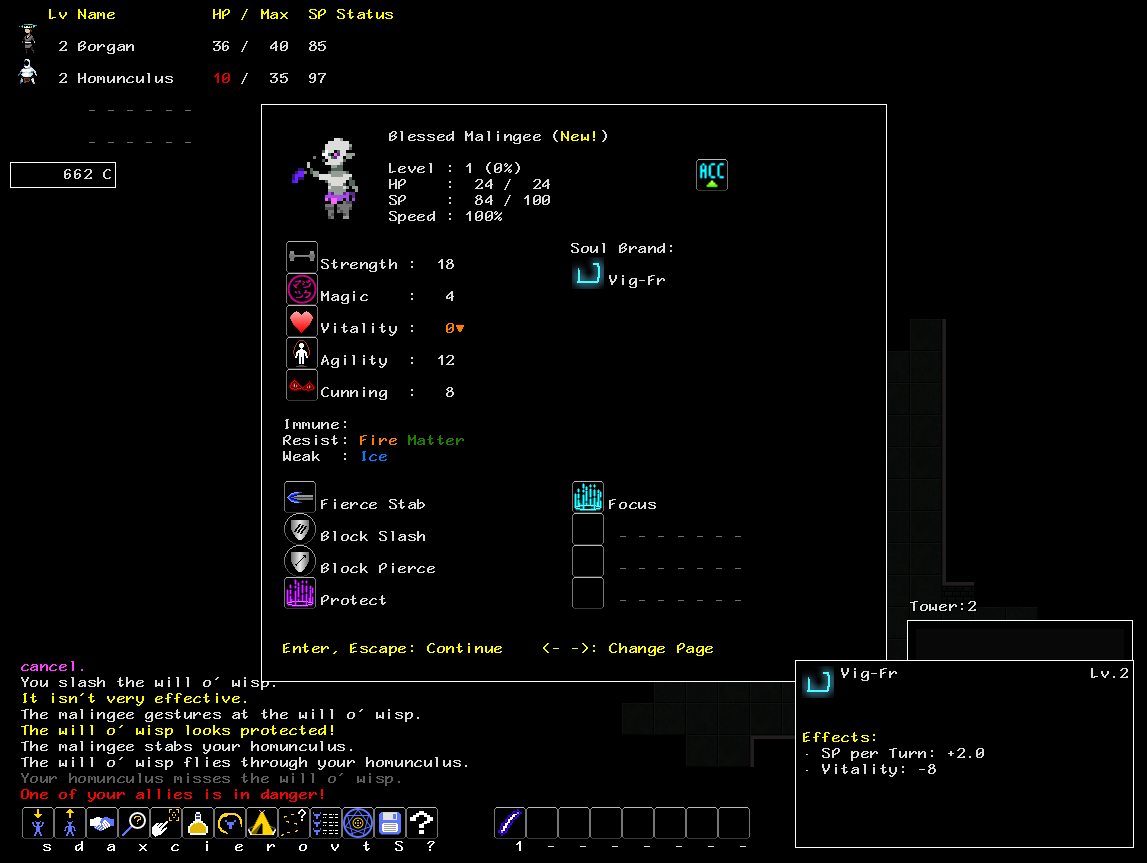 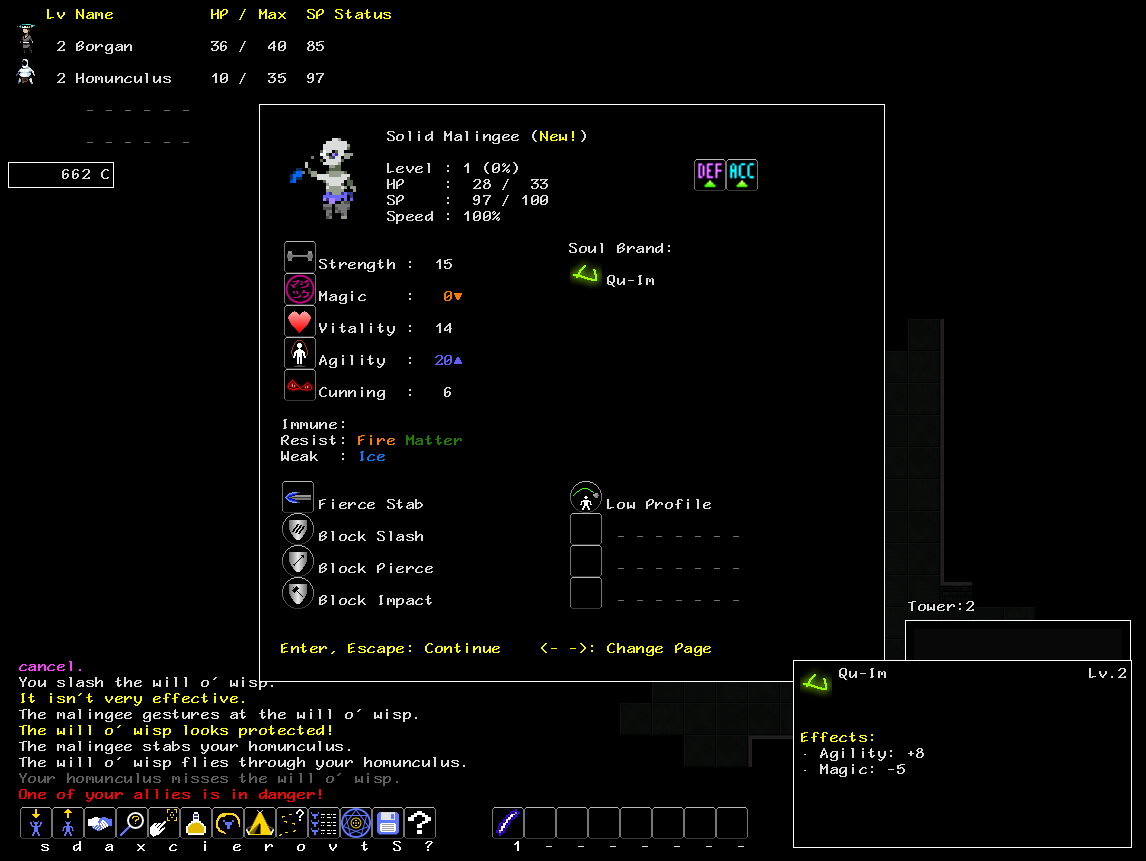 The first Malingee, modified with Blessed, has gained the relatively high SP cost abilities Protect and Focus. As a result, it has chosen a Brand that, while weakening Vitality, gives it increased SP regeneration. (The reduced Vitality is also deemed to be less of an issue since, now that it has support magic, it will spend less time in direct combat.)

The second Malingee, on the other hand, modified by Solid, has no SP costs worth having SP regeneration to help with, so it has chosen a Brand that trades some Magic (which it does not use) for increased Agility (which it does use.)

Enemy summoners and their demons receive Brands in a similar fashion, but they choose from a large number of Brands generated specifically for that summoner, representing the Brands the summoner found during their hypothetical career.

Still a ways to go, but we’re getting there.

Zyalin, who is currently in the midst of his best run so far, made this awesome piece of art showing his current team of Ninsaki, Tuofei, and Shojo. 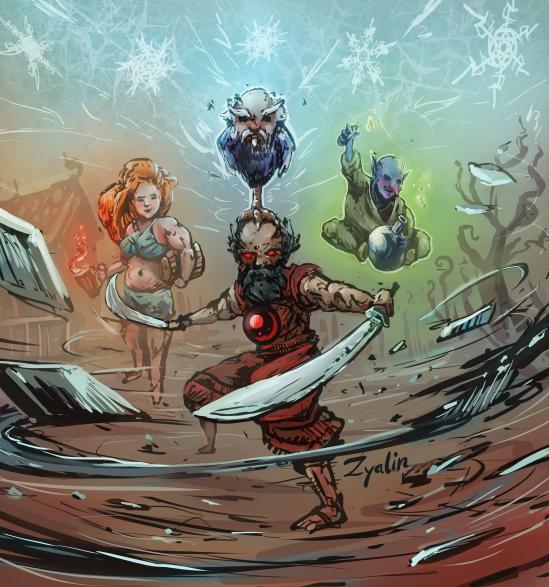