With lots of help from Keylan (thank you!), the online components of Relic Wraiths are now fully functional and implemented.

Each of the 3 ways of spawning Relic Wraiths will now (at random) spawn local or server-stored Wraiths. 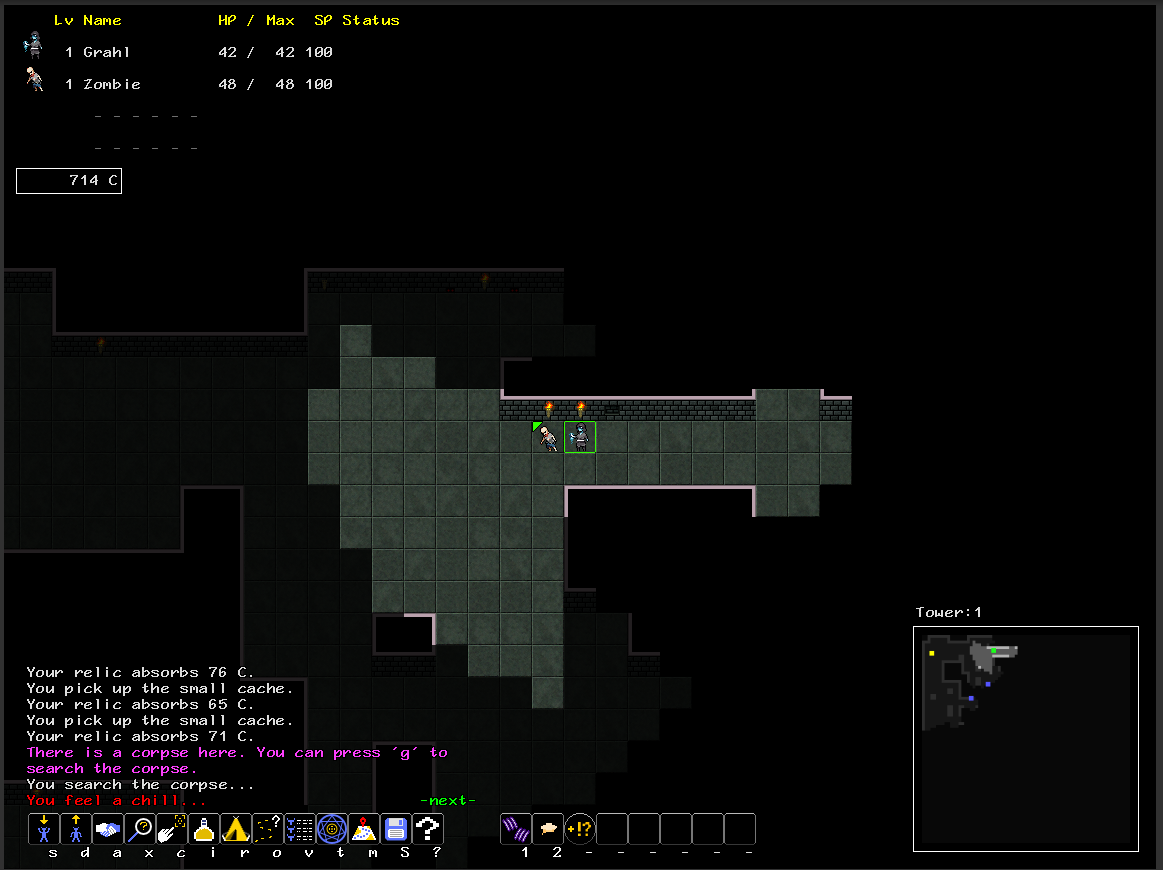 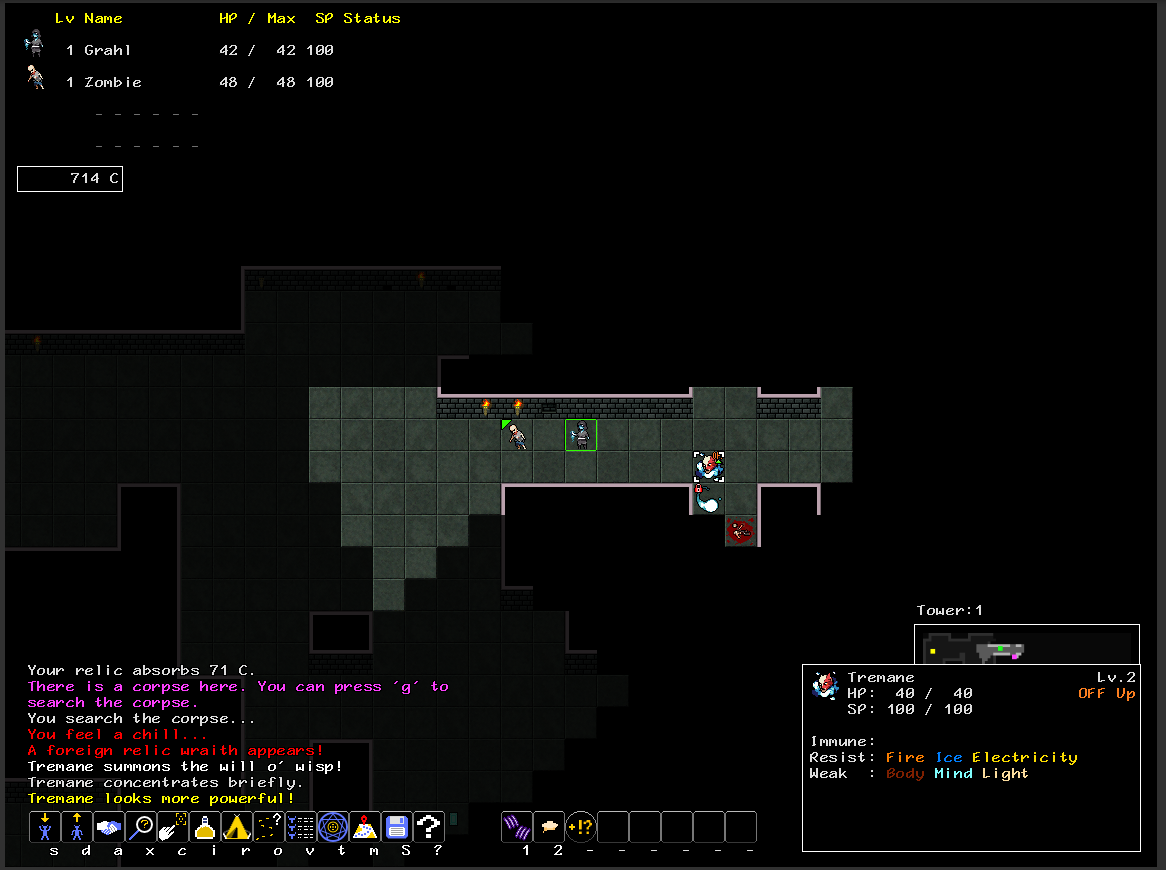 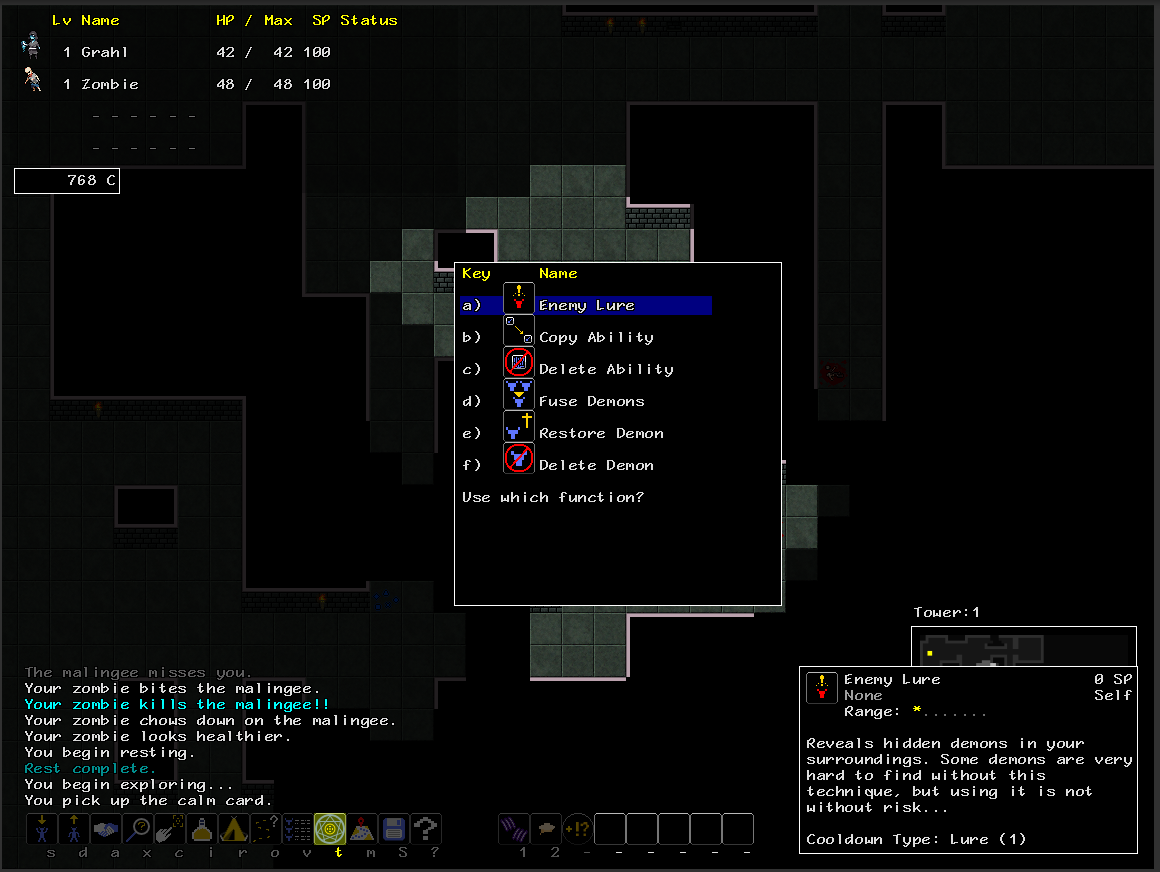 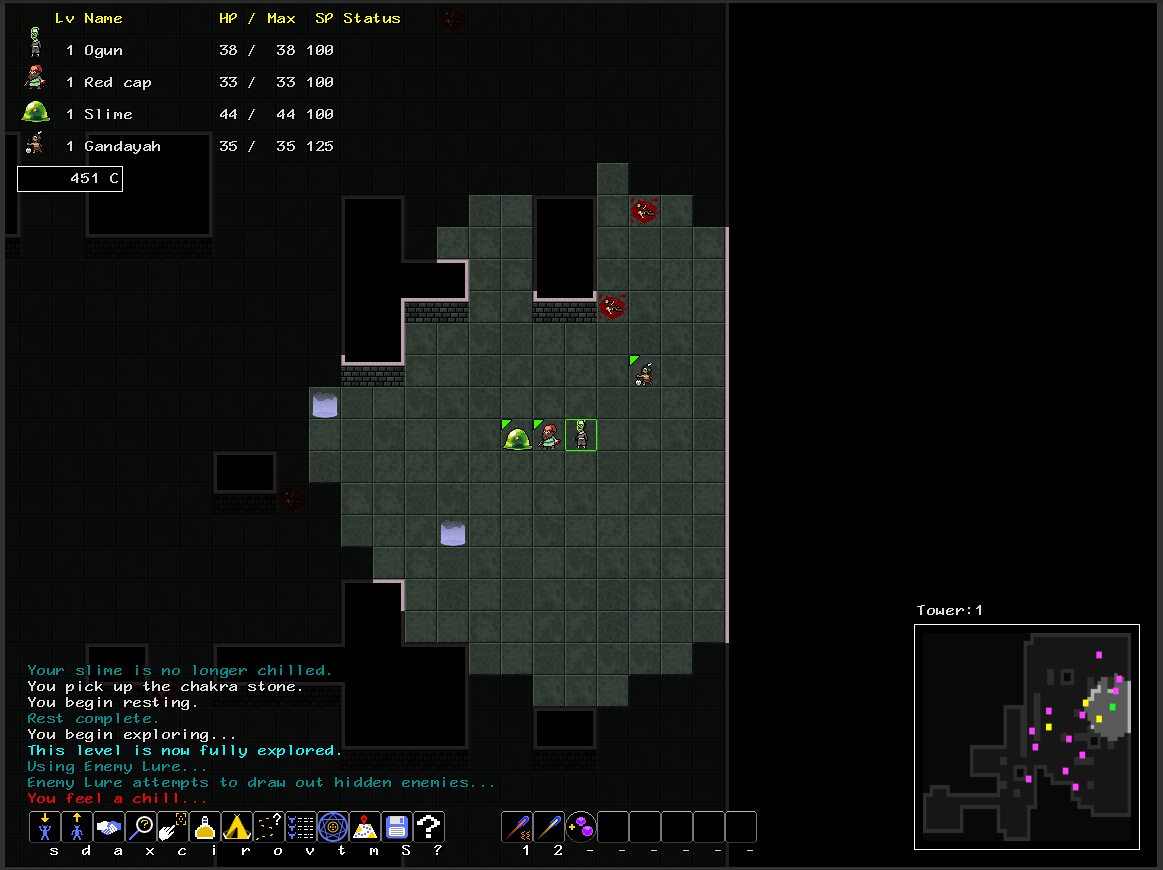 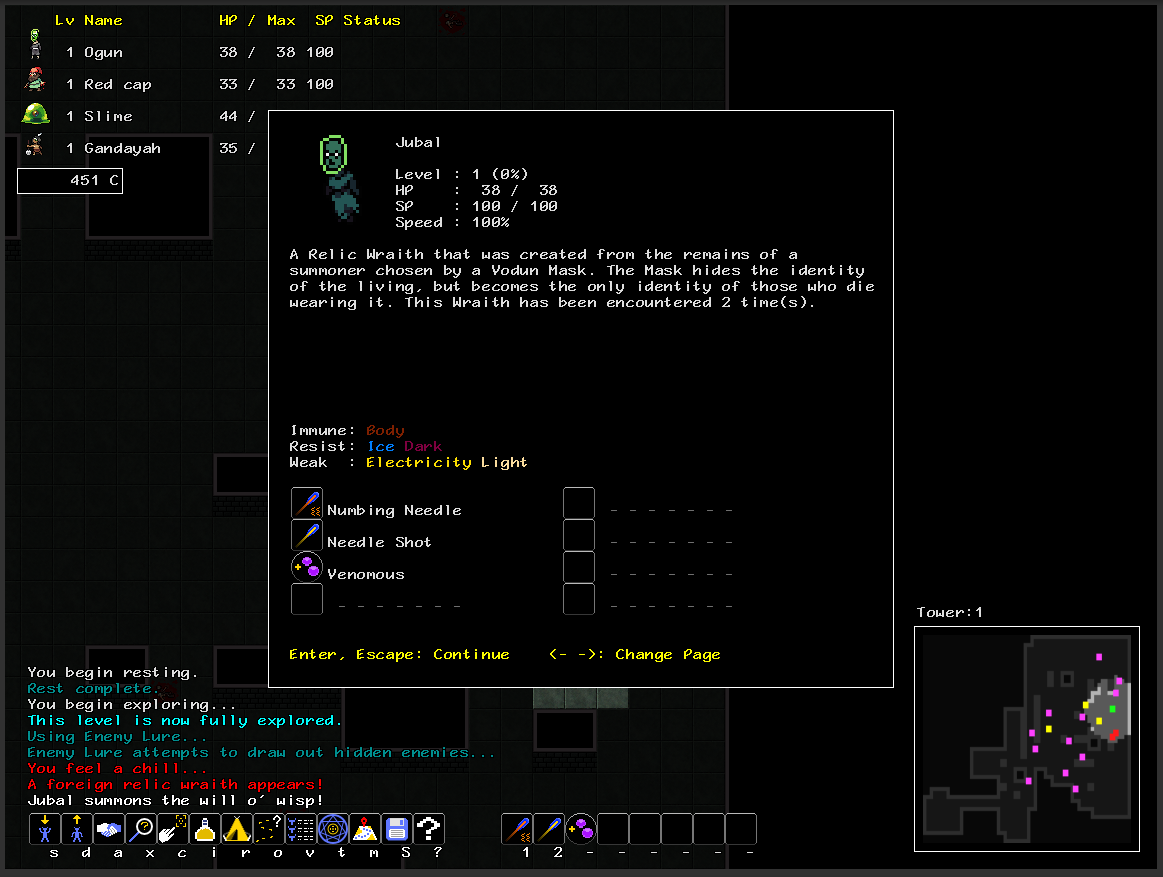 …and using a Ghost Chime (100% chance, so long as an appropriate level Relic Wraith exists that is!).. 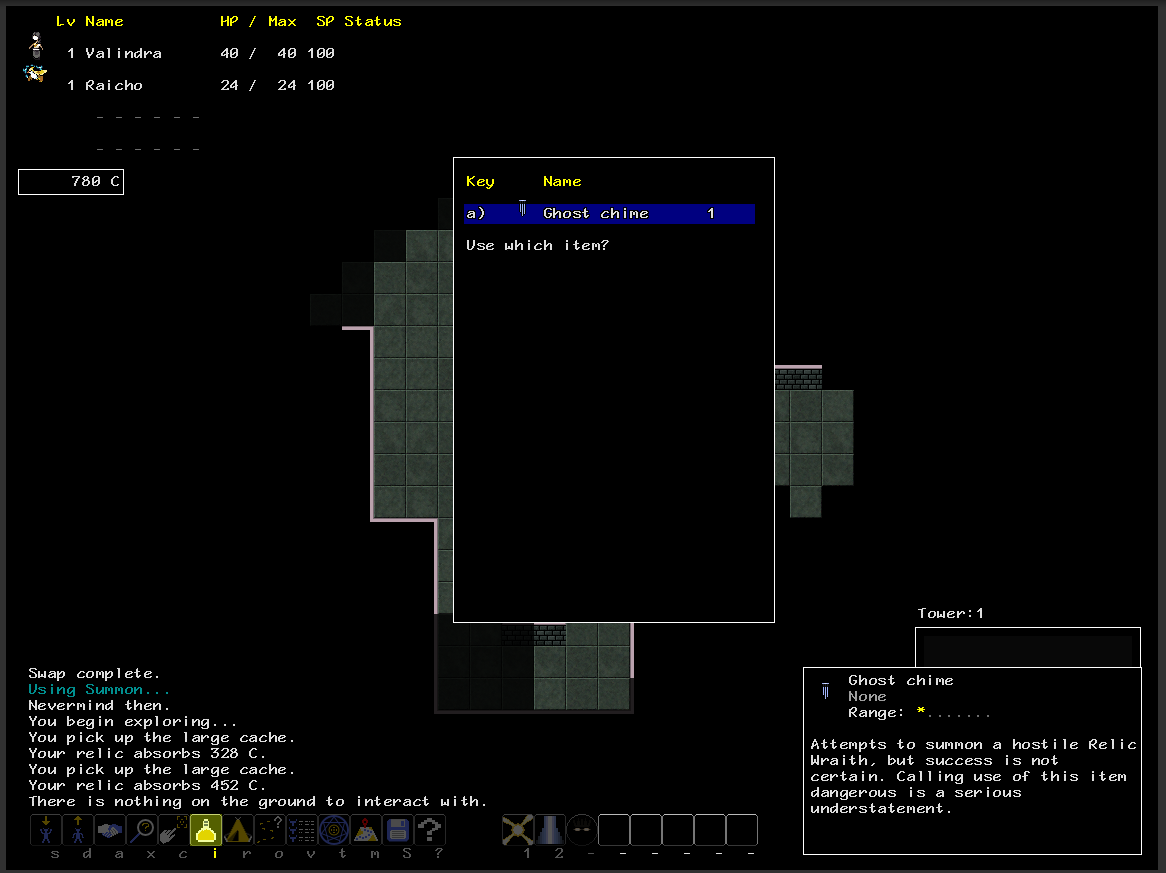 Additionally, you can also use a Mirror Chime to create a Relic Wraith of your current character and party to fight, should you think you have a good reason to do so… 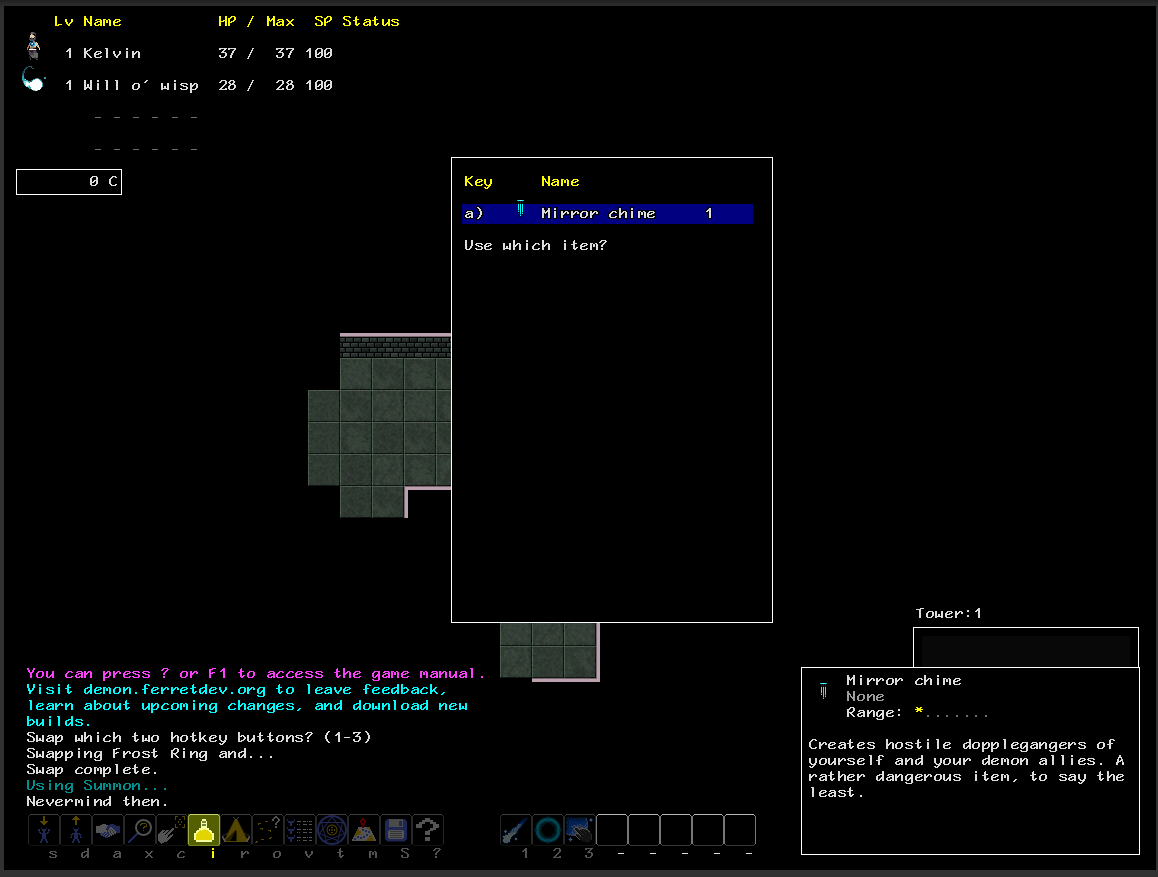 Whew. Getting all this working has been a bit more involved than I originally anticipated, but it’s all downhill from here.

I want this build out there pretty badly myself at this point, but there’s still a few more things to take care of.

We’re in the process of updating the backend for the upcoming Relic Wraith build.

This has taken down score submission for the time being, with apologies.

Edit 2: I think we’re fixed now. Probably one more similar disruption in the future though.

ayayaya is no stranger to the top spots on Demon’s scoreboard, but this one is pretty impressive even  relative to his usual norm. Congrats ayayaya!

For my part, I’m still plugging away on the next build.

Nothing much new to report on that front, other than it’s coming along. Two new systems in one build is bigger than I usually go, but it will be worth the wait I think.

Relatively speaking, we’re starting to get close on the Relic Wraiths + Interactables build.

Still some smaller things to do, as well as an extra-large chunk of testing, but most of the bigger tasks are completed.

One other note: The new version will of course be on a different scoring model.

If you have any large games you’re close to wrapping up and want folks to be able to see for a bit, it’s getting about time for that.

Also coming up in the next build is a new concept for Demon: Interactables!

Interactable are objects in the dungeon that can the player can find and choose to interact with to produce various effects.

Interactables are fully integrated into existing systems, such as auto mapping and auto explore. For example maps will mark them as Points of Interest and show them in purple: The first Interactable to be added? Searchable corpses! The most common result of searching a corpse is finding an item you can lay claim to:

Of course, a damaged Relic is nothing to trifle with… they seem to have a habit of responding to close contact with other summoners by releasing all their remaining demons at once! This result too, has two flavors: the more common result is an encounter with a typical number of demons. More rarely, a larger number of demons will appear, but with all of them (even Mind-resistant/immunes) put to Sleep for a longer than usual (but not infinite) duration. It is also worth noting that these demons are not drawn from the encounter tables, but are rather treated like enemy summoner designed groups (since, hypothetically, that’s what they were at one point!): thus, you may see demons together that normally do not appear in a group alongside each other.

And of course, the most terrifying result possible when dealing with a corpse… the creation of a Relic Wraith! Interactables is a system that will be expanded upon in future builds to include other types of objects; everything from simple doors and treasure boxes to ritual circles, sacrificial altars, and other even stranger things.

There’s still a ways to go on this next build, but we’re getting there, I promise.

Until then, good luck in the Tower!