Not that it’d be easy to notice with only limited information releases about the next build, but work’s picked up a bit which I admit has slowed progress. It feels odd perhaps to say that given nobody would have likely noticed anyway with the spoiler blockage, but I’ve always been open about delays in the past, so I wanted to speak up anyway.

The good news however, is I have a 4 day weekend coming up next weekend.

I hope to knock out the dungeon art during that, which is the biggest chunk of work remaining. After that, the only things left would be a few more character sprites, a little bit of coding, and some testing.

Though I will not be showing the dungeon art for spoiler reasons, I will update that Tuesday with how the push went.

Another bonus coming in the next build: Geminimax has been going through and doing upgrades on his previous character sprites.

Here’s a few samples of some of the results (old on left, new on right):

Not every character you meet in the end game is a unique. Some minions and normal demons stand beside them… here’s part 1 of a preview of these servants of those who await at the Tower’s end. 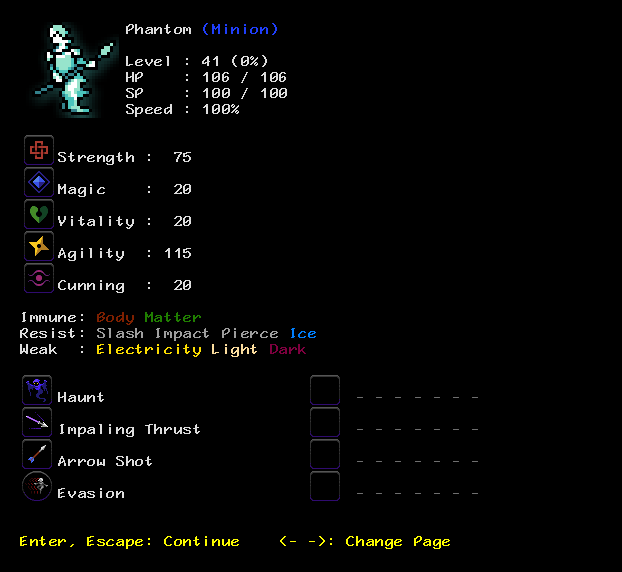 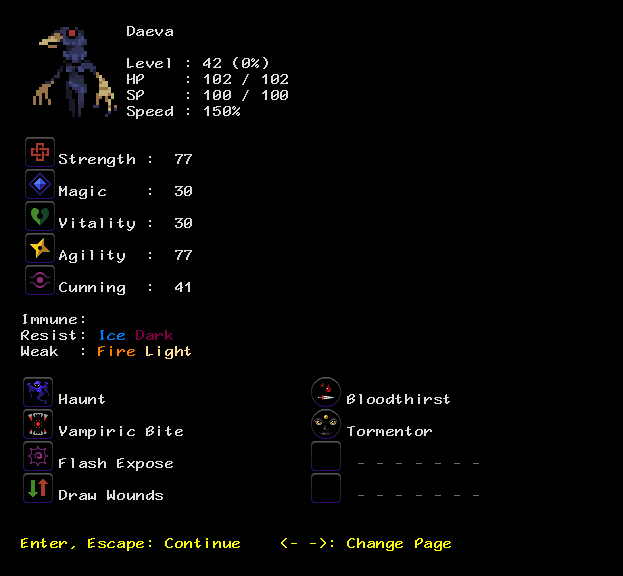 Still working on the pile o’ art the end game build needs. Unfortunately, no character preview today: there aren’t that many more I want to reveal before the release itself, so I’m going to spread the rest out a bit more. I will try to think of something else I can do to ease the waiting a bit in the meantime.