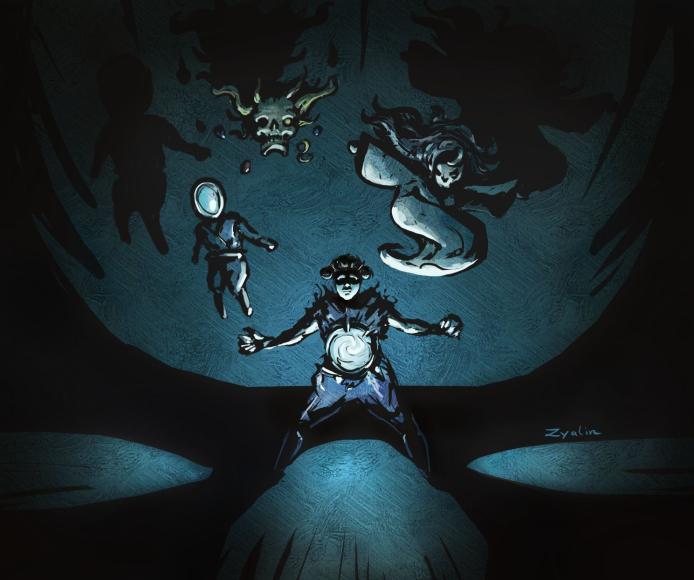 It took waaaayyyy longer than I’d hoped, but we’re finally here! The Brand build is officially released, and the links to the right have been updated! Thank you to everyone who helped with testing, thank you to everyone period for your patience, and thanks Zyalin for providing another piece of fan art for me to use for the announcement, this one depicting a Summoner who seems to prefer spectral allies!

Even if you played the last Brand test build, there will be new goodies awaiting you. Besides some bug fixes and balance tweaks, there are also new Brand modifiers, as well as Brand-related Relic Upgrades, including Create Brand, which allows you to sacrifice a demon to gain a new Brand based on its Modifier.

Oh, and I nearly forgot, you can now also view previous messages by pressing F12!

Everything else I would say, I’ve probably said over the last half a year or so. Enjoy, and good luck in the Tower!