Still have some work to do on the walls to make them a bit less hedge maze and bit more forest, but things are far enough along now where I can show off a couple of screenshots. 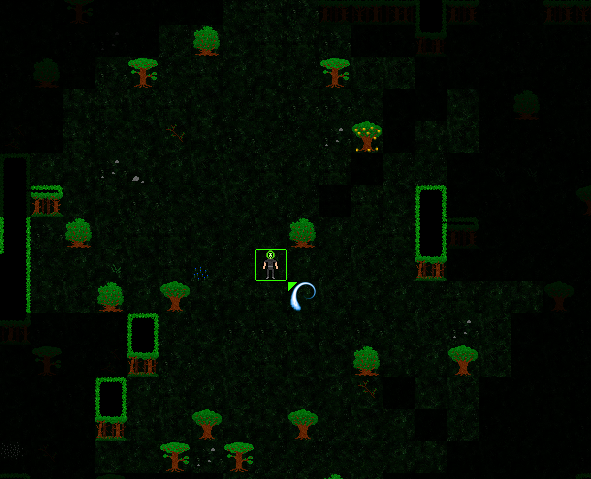 And, here’s a sample map generated using the new forest “architect” I made for the level: 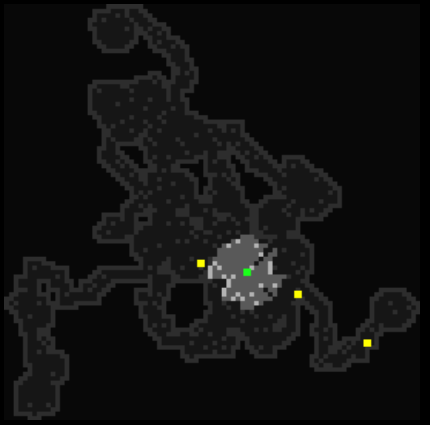 I really like how the maps have turned out.

They tend to have one big forested area, but with lots of fun side paths into smaller areas.

Arcadia is a one floor side dungeon that will appear in 50% of games. When it appears, its portal will spawn on Tower:3, and the unique Actaeon will always spawn within it. Games where Arcadia appears will *not* have Tower:1 & 1/2, the two are part of a dungeon set (the first in Demon), only one dungeon in each set spawns each run (similar to Lair sub-branches in Dungeon Crawl Stone Soup.) This also means you may finally be able to run into West and Headless in the main Tower again…

Still a bit of work to do for this build, but I’m hoping to release relatively soonish.

4 responses to “Arcadia: The Untamed Forest”