Next up on the new status effect showcase: Melting!

Melting is by far Matter’s most commonly inflicted status effect: not only is it present on an unusually large number of Matter abilities, but it also has a fairly high success rate, making it relatively easy to apply even if Cunning isn’t the user’s strong suit. 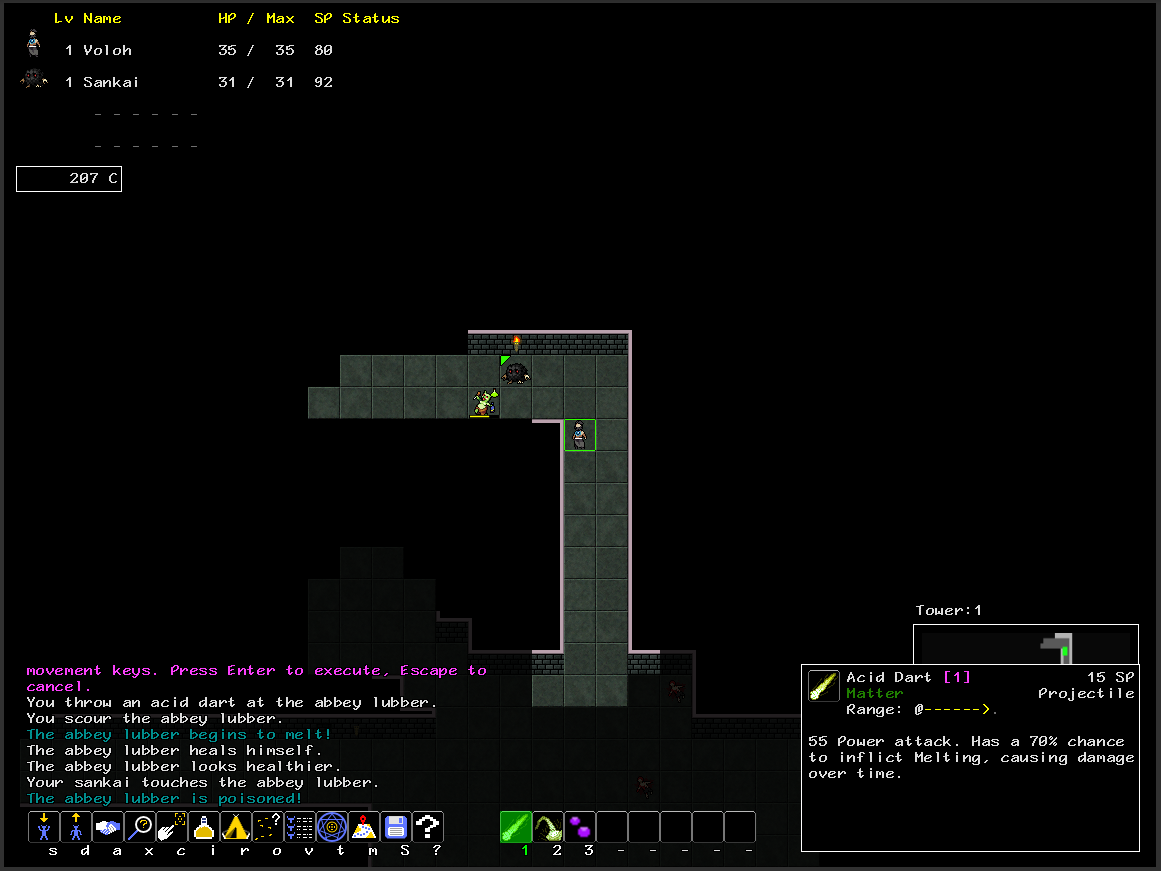 Many of Matter’s abilities that apply Melting are “Acid” spells such as Acid Dart. Matter is unique among the ‘essence’ types (Body and Mind being the other two) in that it has a series of nukes available that are more like what you’d see from the ‘elemental’ types (Fire, Ice, and Electricity.) Matter’s Acid nukes tend to resemble Fire nukes, but trade Fire’s Ignite and a bit of their Power level to inflict Melting instead: 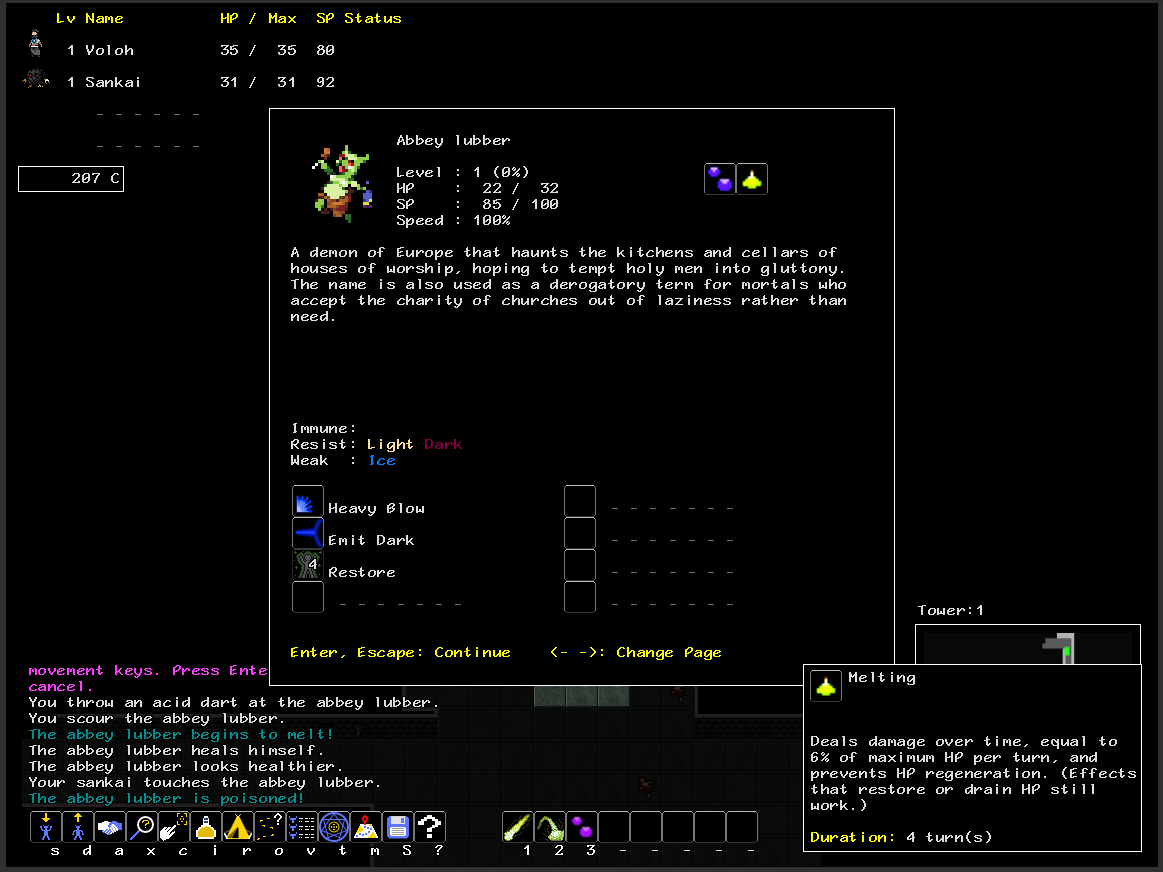 On it’s own, Melting is roughly equivalent to Poison: it lasts 5 turns, dealing 6% of the target’s MaxHP in damage per turn, but instead of being able to stack, it also shuts off HP regeneration (including from the Regen status effect, notably.) But in another example of how Matter sometimes more resembles an elemental type than an essence type, Melting has many abilities that play off of its presence and/or application, similar to how Ignite, Chill, and Shock do. I’ll show some of these off in my next post.