Work picked up a bit, but I’ve still been making progress on abilities.

Over 3/4ths done with them now, so here’s a few more previews to celebrate. 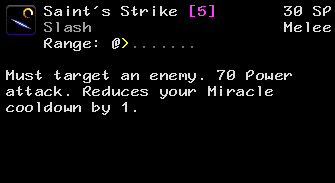 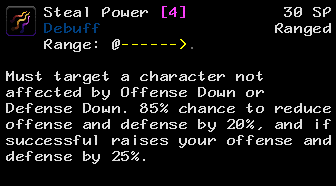 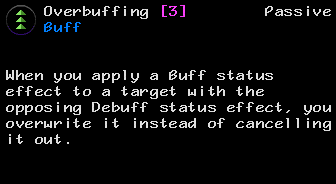 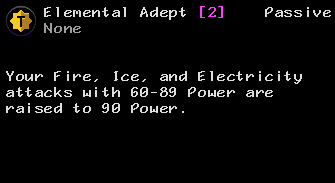 The first build, which will come relatively soon, will include most of the new abilities, distributed throughout the Tower’s existing demons and modifiers, as well as some new modifiers and a few bug fixes.

Then, work will continue on the second build, which will strictly be about the end game content. This will also be where the remaining abilities are introduced.

I decided to do this because I have come to realize that the end game content is still a fair ways off, and I wanted to release something new for folks to enjoy during the remainder of that wait, and as it turns out, this is a pretty good solution to that.

I’ll try to get a release date for the first build posted in the near future, for now it is “soon(tm)”

Here’s a few previews that, with some extrapolation should reveal a fair bit of what’s in the list: 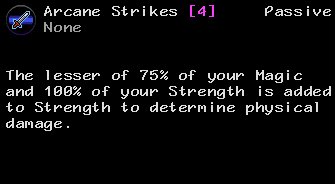 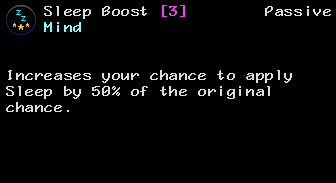 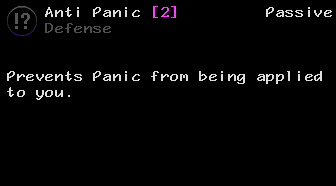 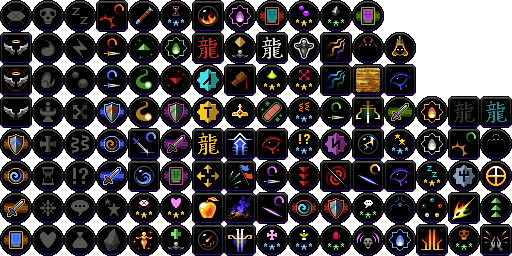 And now, they’re all done.

118 new ability icons! Once these are actually added to the game, we’ll be pushing pretty close to 1000… though not quite there.

Work has begun on actually implementing the abilities these’re tied to, so future progress updates will include some of their in-game tooltips as content previews. 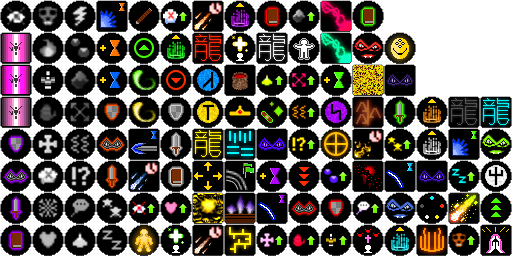 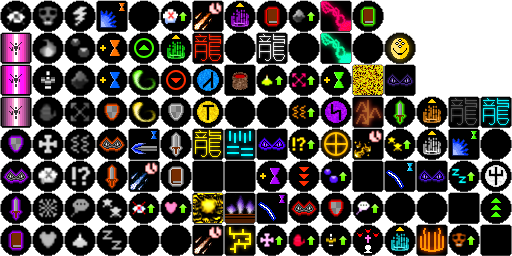 Not too much to say, but a bit to show.

I’ve been chipping away at the ability icons. Bit of a heavy period at work last week and this coming week, so not as quick as I’d like, but slow progress is better than no progress. 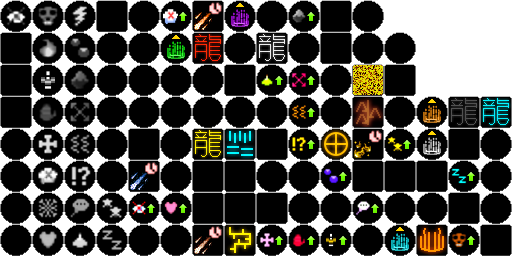 A little to my surprise, it turns out we’re looking at over *100* new abilities coming into the game. As you’d probably expect, while most of the new abilities are not exclusive to the end-game characters being added, many of them will only show up on Tier 2-3 or Unique modifiers…. but, that said, there will be a non insignificant number likely to show up earlier than that too.

I’d originally planned to do the character sprites next, but since ability previews are *much* less spoilery on average than character previews for a build like this, I’m going to reverse course and work on ability icons first. That will enable me to start doing ability previews sooner, which will be good preview content without also being super spoilery.

See you next update!

We had one correct guess (out of two

), but as I was a little worried might happen, things got muddy because of the license I had to take with the abilities for gameplay reasons. While (at least as far as I know from my research) Merlin never possessed the Grail or Calesvol’s (more commonly known as Excalibur) scabbard in mythology, for his role in Demon I assumed he was able to track them down (since he had guided heroes to them in the past) and put their powers to use for…. well, for purposes that will be revealed in the future.

ShinQuickMan, I’d be curious to know: what about his abilities seemed in conflict with the character, if it was more than the Grail/Calesvol link I described? The fun part of studying mythology for major characters is that there’s a metric ton of material, so it’s entirely possible I missed something myself.

Lemme know what you were thinking in the comments, or on the forum if you prefer.

As for progress, I’m continuing on with designing abilities: the new heroes and the minions are done, so it’s on to the unique demons. I’d originally planned to do sprites next and I may still, but I also may implement the abilities first instead, we’ll see how I’m feeling about it once I finish the ability design. Either one is progress, so it won’t matter from a release schedule point of view which I do first.

I’ve been designing the abilities for some of the new characters and about half way done with that. Since I don’t mind revealing a few of the characters pre-release, I thought it might be interesting to post a limited amount of information about a few and see if folks can figure out who they are based on the information provided.

Note that for abilities, do not think too strictly. I usually have to take a little creative license there for gameplay reasons: abilities refer to things associated with the character, but the mythological relationship may not be as direct as the ability applies. (Still, if I picked it to show for one of these, it will have a strong connection to the character in some fashion.)

This first one should be an easy one, but we’ll see how it goes.

Leave your guesses in the comments; I’ll reveal the character’s identity later in the week. Most of the characters in this upcoming build are very famous, long-standing myths, and often they go by many names, so you can consider yourself to have gotten it right if you get any of the names associated with them, even if it’s different from the one I ended up using for Demon.

Here’s the provided information for the first one:

3 of their abilities:
Grail’s Boon (Removes Body status, then restores HP and SP to full. Has its own Cooldown.)
Calesvol’s Ward (Reduces damage taken while not affected by negative status.)
Holy Prophet (Increases evasion dramatically, based on the attacker’s Light resistance.)

Bonus question: Why would I have picked Weak: Mind for this character?