All sorts of UI/player friendliness goodies coming up in this one.

I’ve already shown you the options screen and what it will have to offer in terms of customizing your experience, but now it’s time to talk about the rest of the features. I’ll let the screenshots do most of the talking.

The one major non-UI change in this build is a revamp of how stairs work in the tower. Freely going back levels is no longer possible: the only portals in the main Tower are either one way portals going to the next floor, or portals going to side dungeons. Side dungeon portals close after being used: once you return from a side dungeon (whether you completed it or not), you cannot return to it. Also: side dungeons (for now) have a 100% chance to spawn, since there aren’t many of them. Later when there is more side dungeon content, I will have a certain number drawn from a larger pool appear each game. 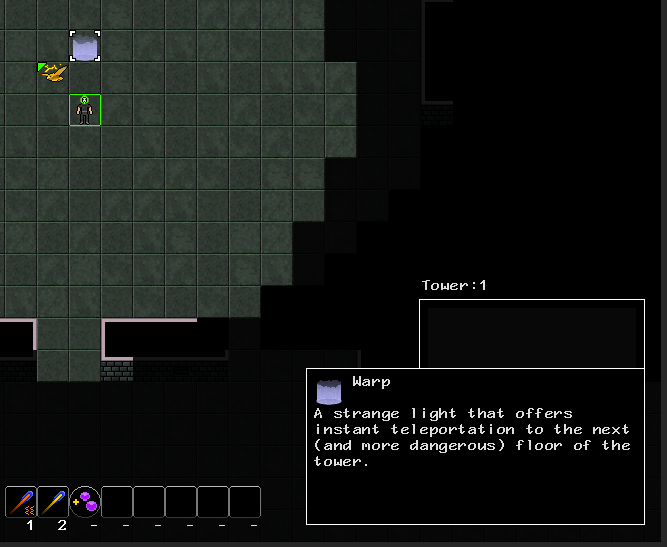 Modifiers now provide some information about themselves when mousing over them during use of a Silver or Gold Matrix. Additionally, you can right-click them in the selection list to see a full list of the possible bonus abilities they provide. 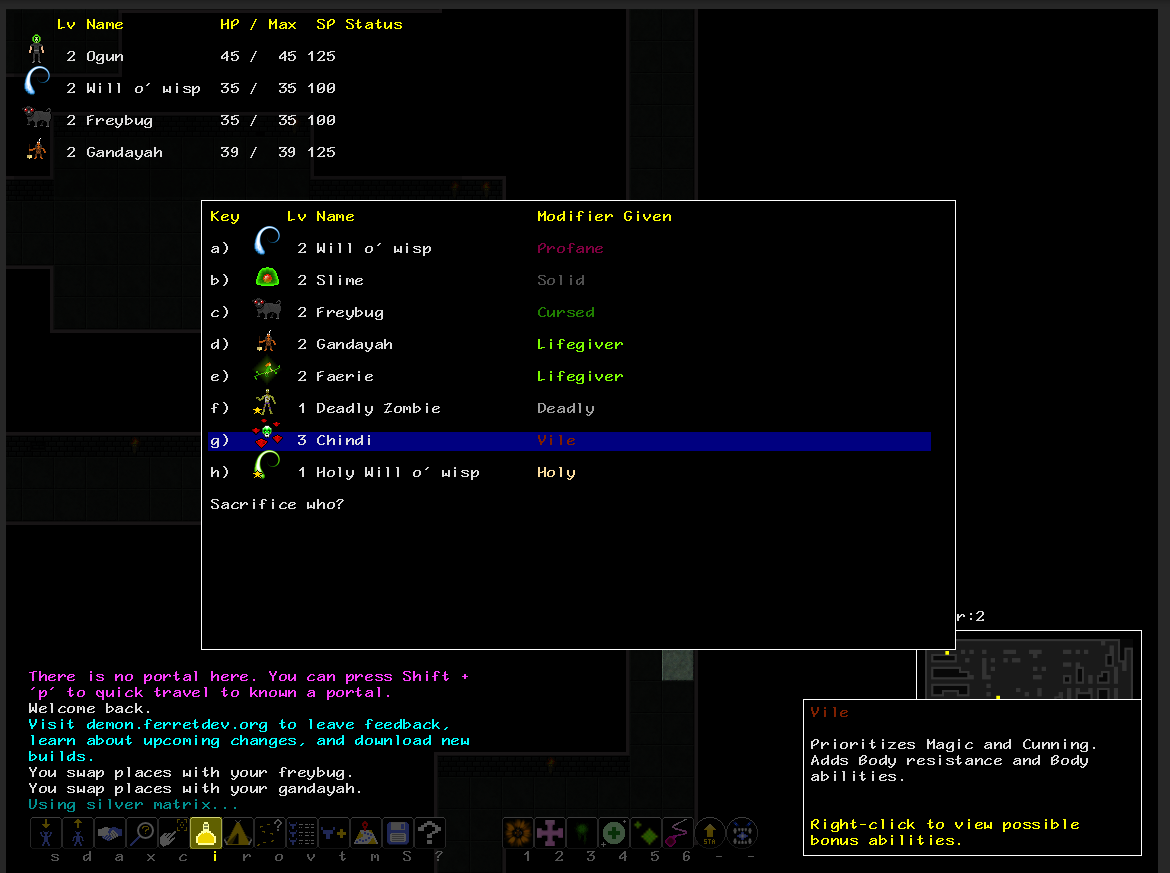 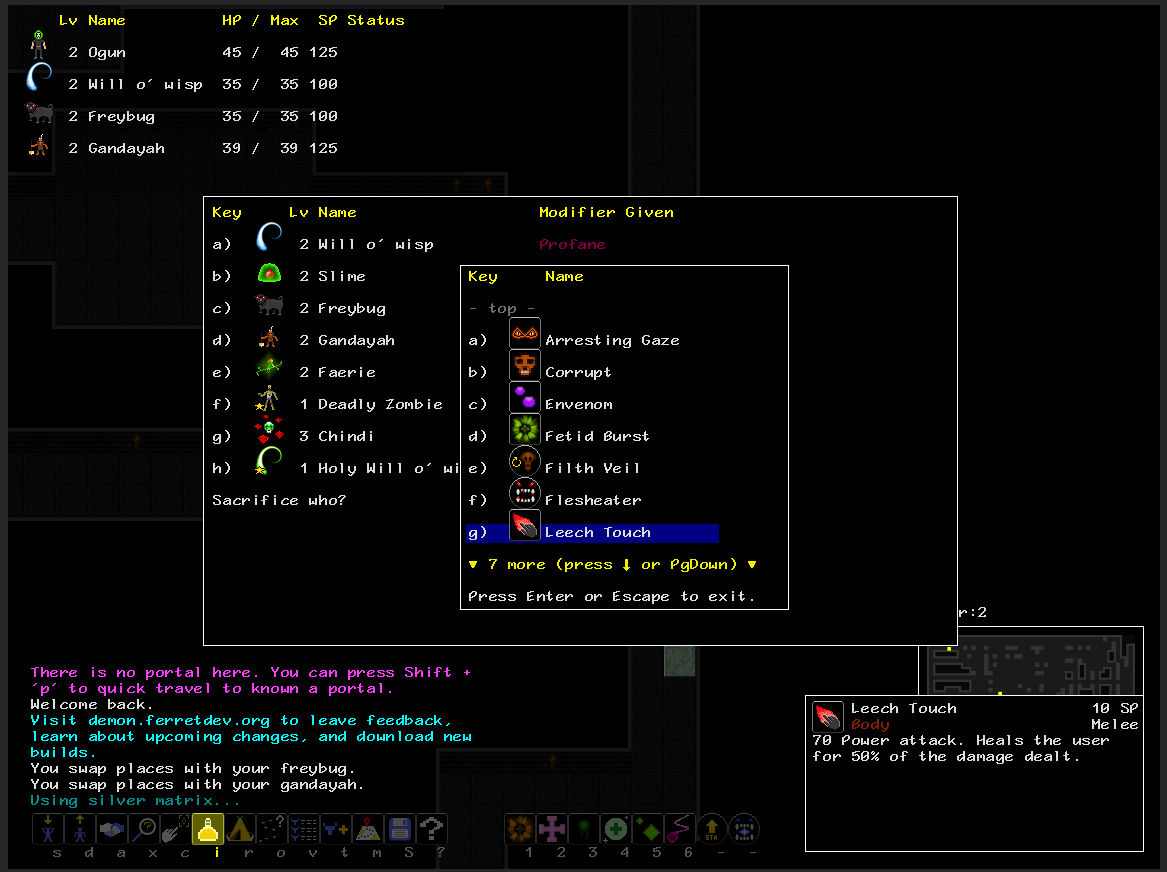 Player allies now look distinct from the player, thanks to a different shape of faction indicator being used for them: 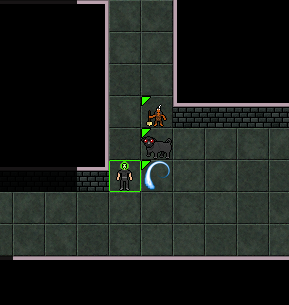 Basic attack information is now available on the traits page of character sheets, allowing you to see what damage type each character’s basic attack deals. This can be important when dealing with enemies that are resistant or weak to specific physical damage types. 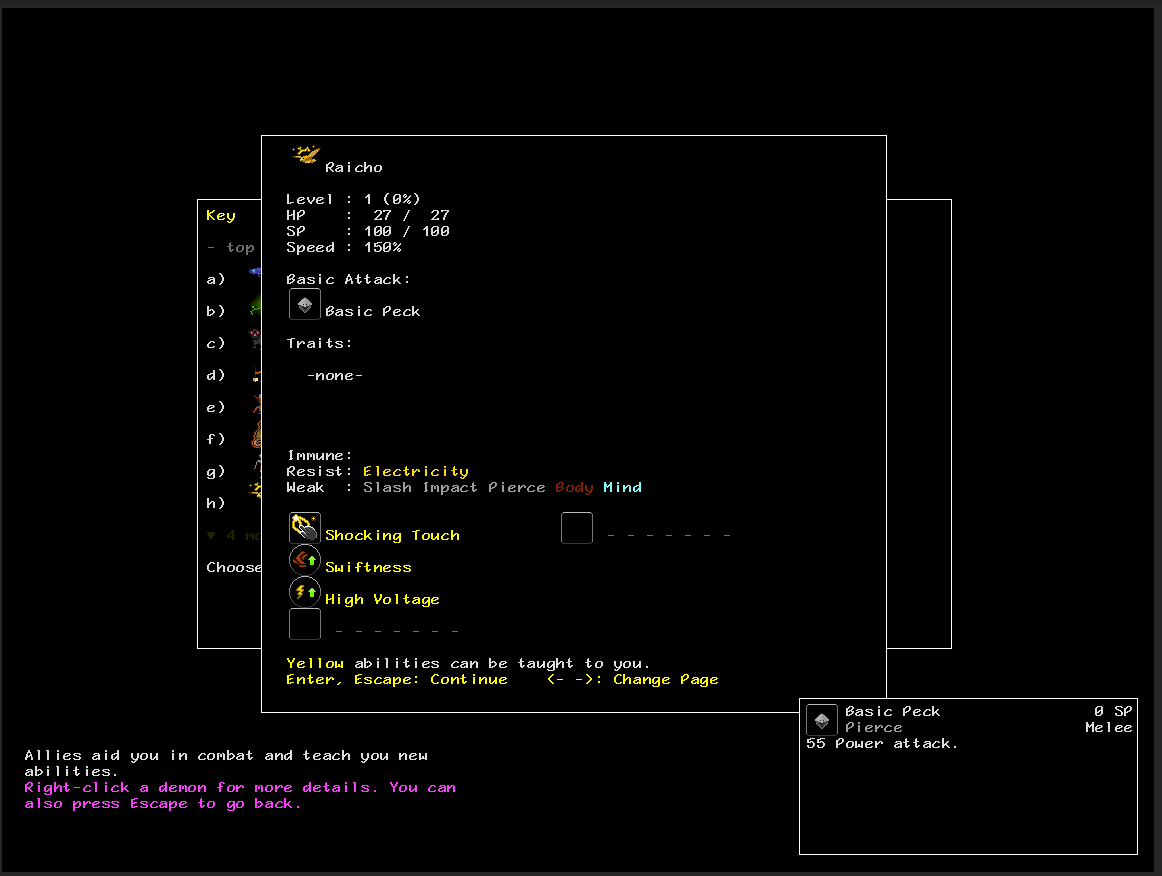 That covers most of the major updates, though of course there are also some bug fixes and tweaks. I hope to release the next build within a few days.