The next build coming up is going to be a bit of a long one, but with good reasons: not one, but two new systems are being in Demon.

Tonight, a brief peek at the the first of these: Relic Wraiths, Demon’s version of the “player ghost” mechanic you may be familiar with from other roguelikes.

But, on the chance that you aren’t, a brief explanation: starting with the next build, when you lose a game of Demon, ghost data for your character and their party will be saved locally, as well as sent to the score server. Making certain choices during the game will cause ghost data from these sources to be used to generate Relic Wraiths.

Relic Wraiths function as enemy summoners that use a slightly modified copy of the deceased player’s party. The main changes you will see in the conversion from a player to a Relic Wraith are as follows:

Finally, let’s have some art.

Geminimax has put out some awesome sprites for the Relic Wraiths, so I thought I’d share those with you now too. 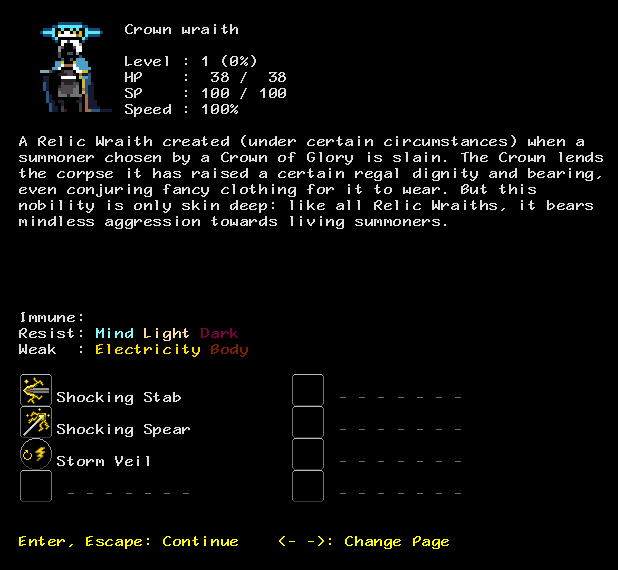 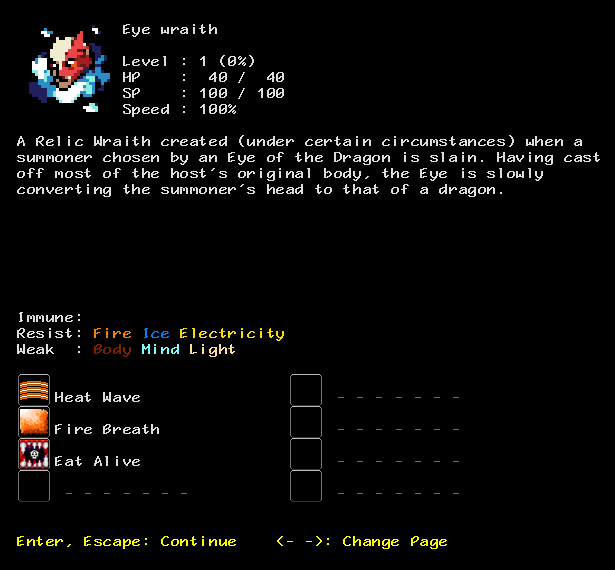 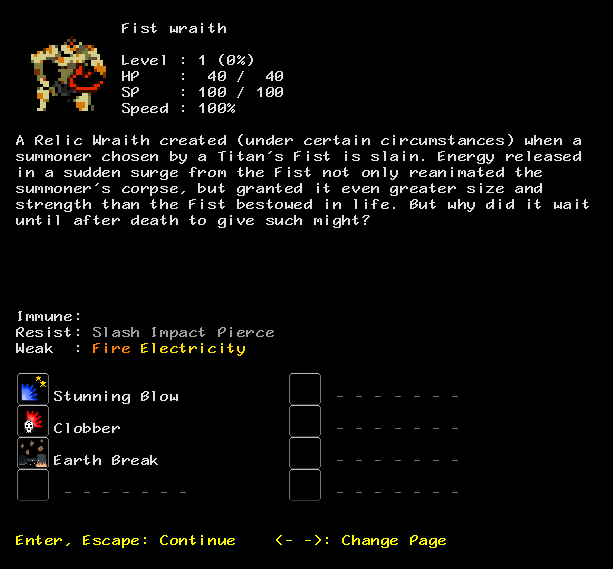 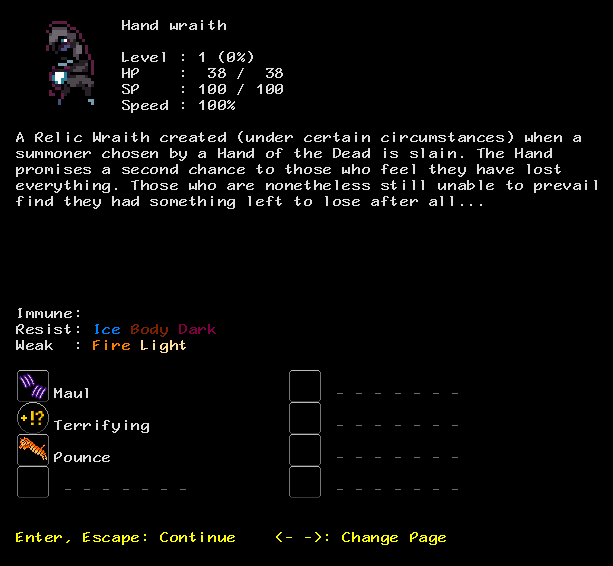 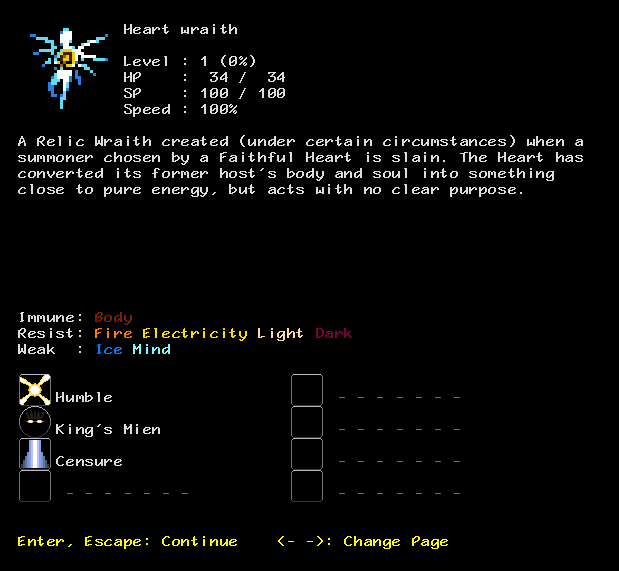 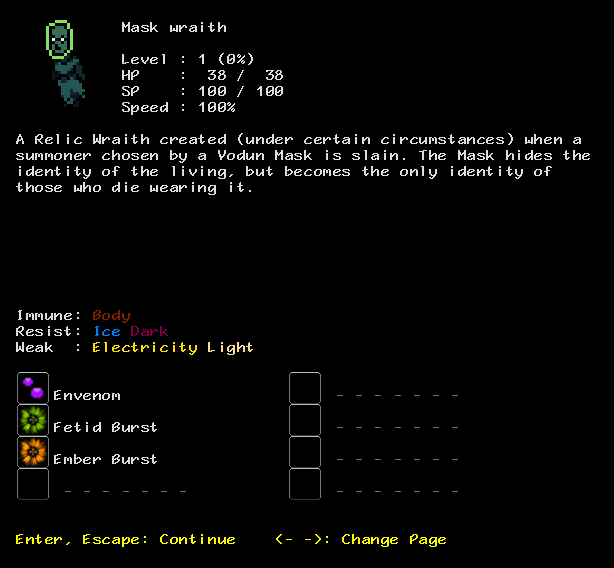 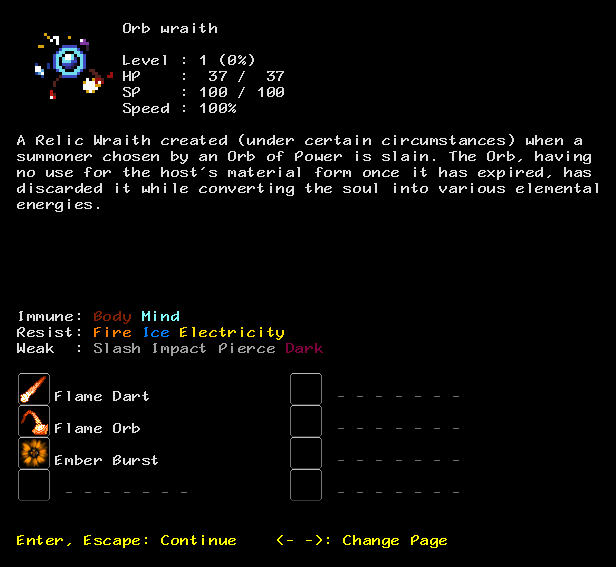 That’s it for now on Relic Wraiths! I’ll post again at some point about the other major feature of the next build: Interactables!