Getting very close to being done with the next build, so I thought I’d share a bit more about what to expect.

The next build’s been focused on two sets of improvements: putting in and testing out Geminimax’s awesome character sprites, and improving the negotiation mechanic considerably. This post is going to focus on the negotiation goodies.

Previously, I’d mentioned that the negotiation interface had received a few UI improvements: an approval indicator and mouse support chief among them. So now, let’s talk about the new content that was added.

With the help of a special Goblin and a special Slime (i.e.: Just because Goblins and Slimes ask for this stuff here doesn’t mean they will in the build

), here’s a set screenshots of the some of new demands that you might see during a negotiation. 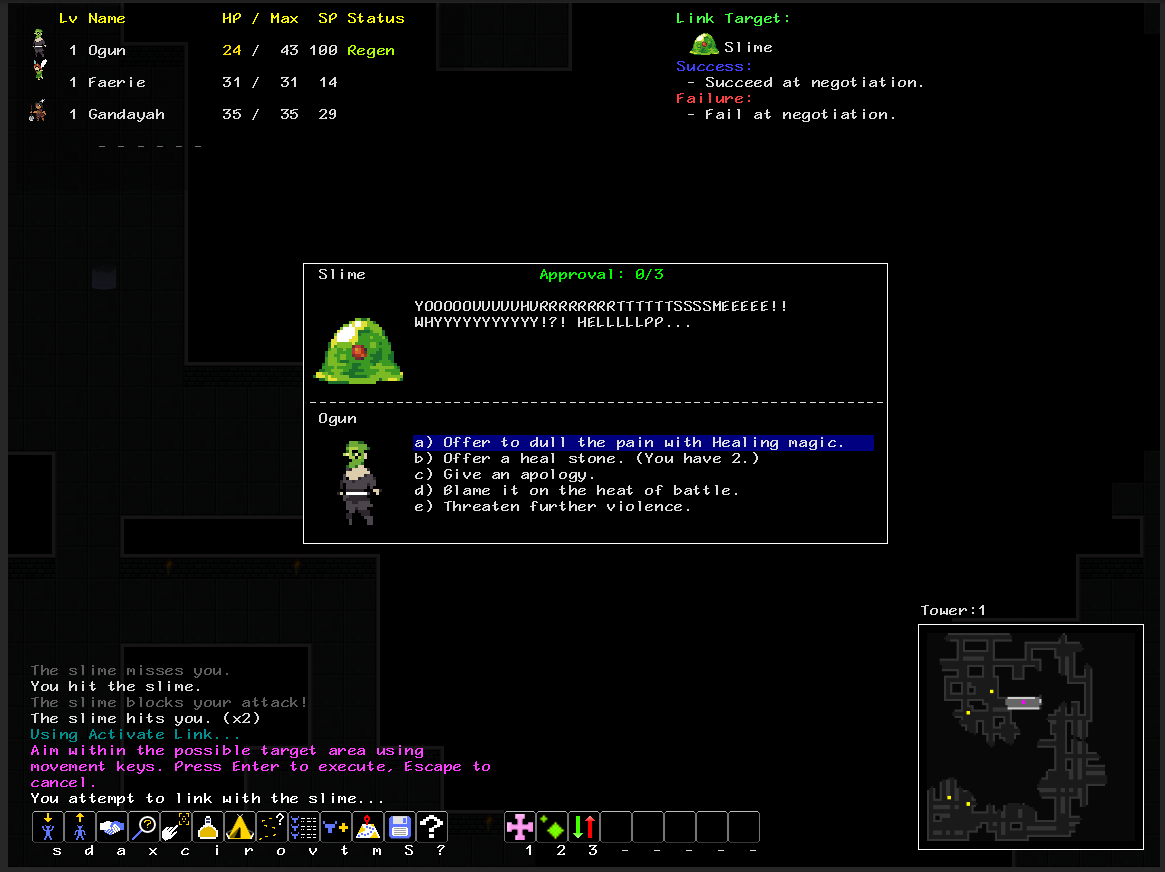 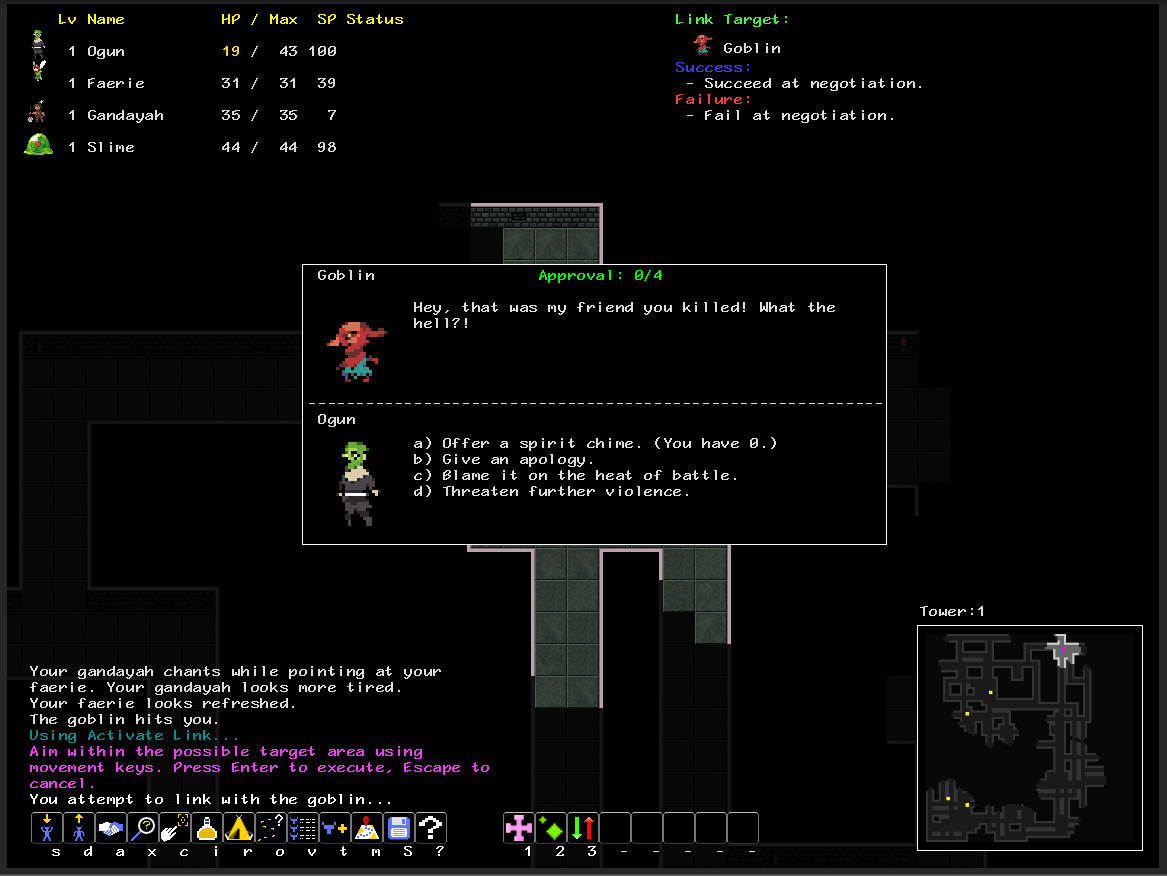 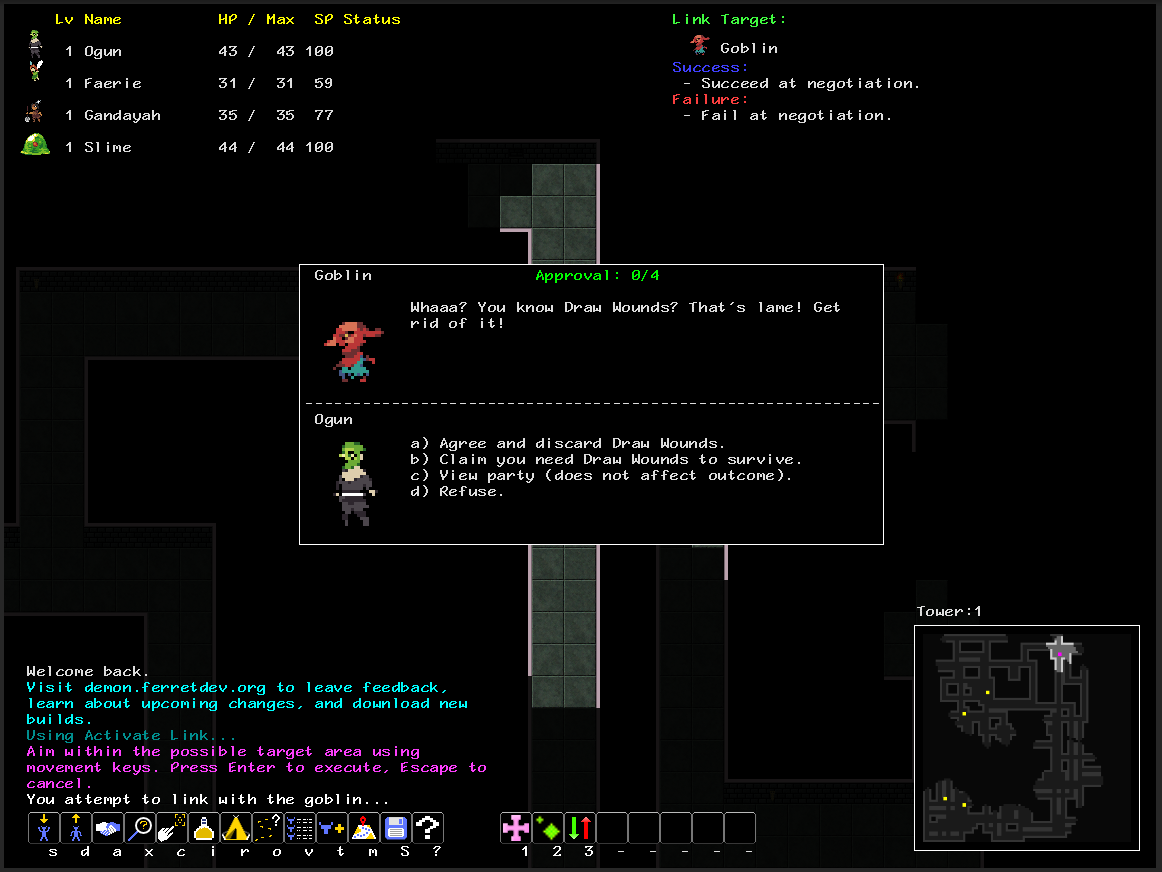 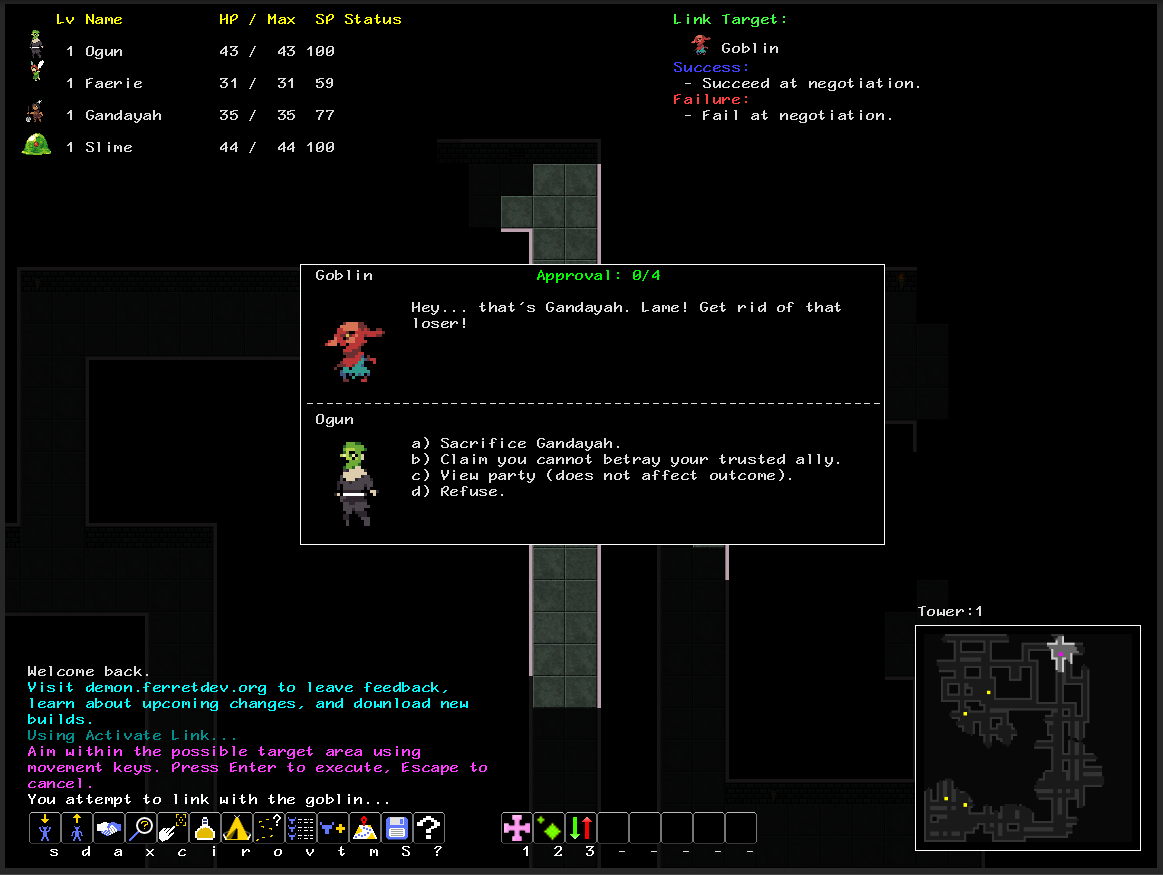 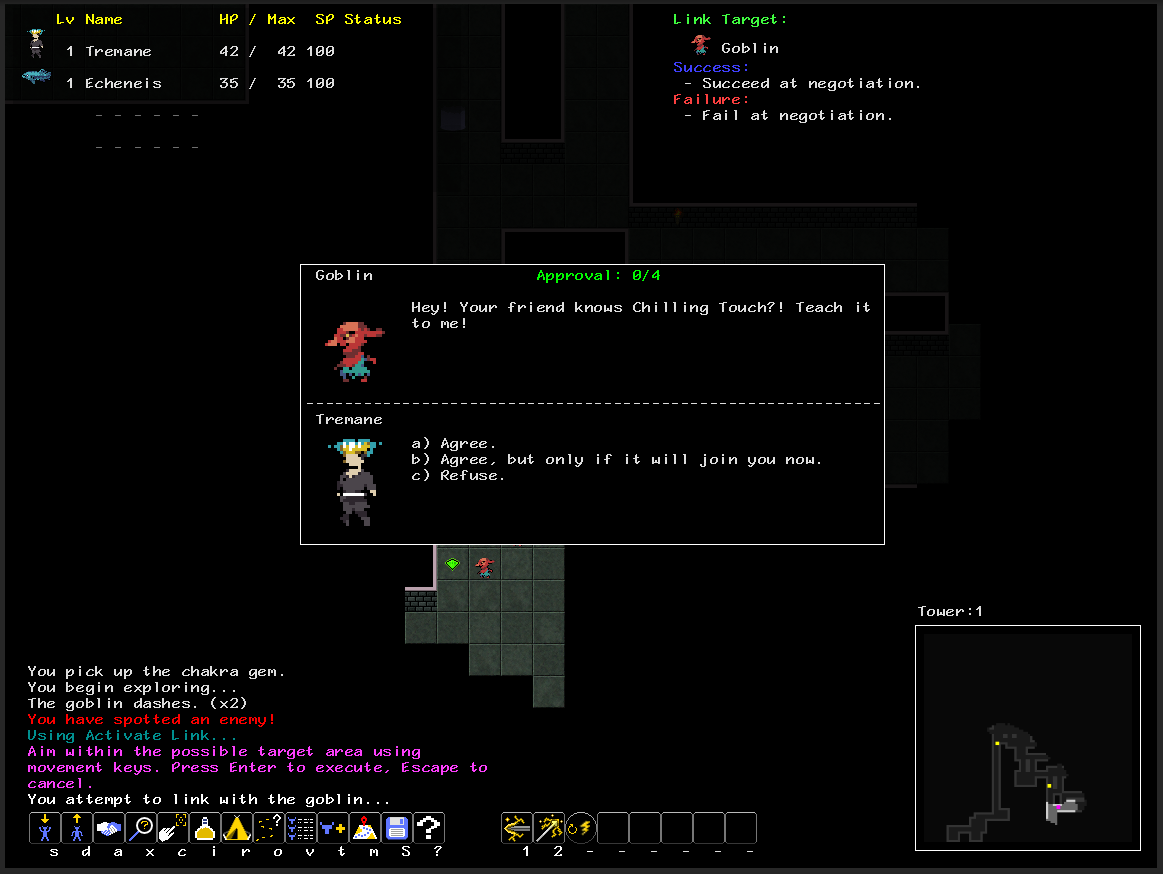 The goals of the new demand types are:
* To give demons a bit more personality and variance in the sort of things they ask for.
* Bring back the feeling of mutual dislike some demons have for each other, but in a fuzzy fashion rather than the absolute “cannot recruit X while you have Y” method used long ago. (This is reflected in the ‘get rid of X ability/demon’ demands: refusing these demands doesn’t necessarily auto-fail, but having them in the deck and not being willing to give up what’s asked will make negotiations trickier.)
* To add some ‘awareness’ of recent events into negotiation (ex: the ones where the Slime is upset you damaged it, or where the Goblin is annoyed you killed one of its friends)
* To add in more demands that ask the player to take on tactical risks, rather than just hand over items and resources (ex: the “unsummon allies” demand)

In honesty I… may have spent a little longer on this than I should have, since negotiation is all in all a relatively minor part of the game. But, on the other hand, capture mechanics are one of Demon’s major unique draws, so it may still have been good investment.

We’ll see what you all think soon.

Next up in the build following this: a similar (and hopefully much quicker per mechanic) review of the other capture mechanics. Most especially up for review here is the “slay (large) X in (large) Y turns” capture type: these will be getting upgraded to allow them to change floors with you, and I will also be adding ways to detect enemy locations (whether or not this is tied to the capture mechanic or something else I haven’t decided yet.)

The next build should enter testing soon: the wait for the new sprites and negotiation goodies is almost over. Until then, good luck in the tower.

2 responses to “Coming Up on the Next Build”