I decided to ask Actaeon… well, several Actaeons, actually… to help me test out Create Brand: 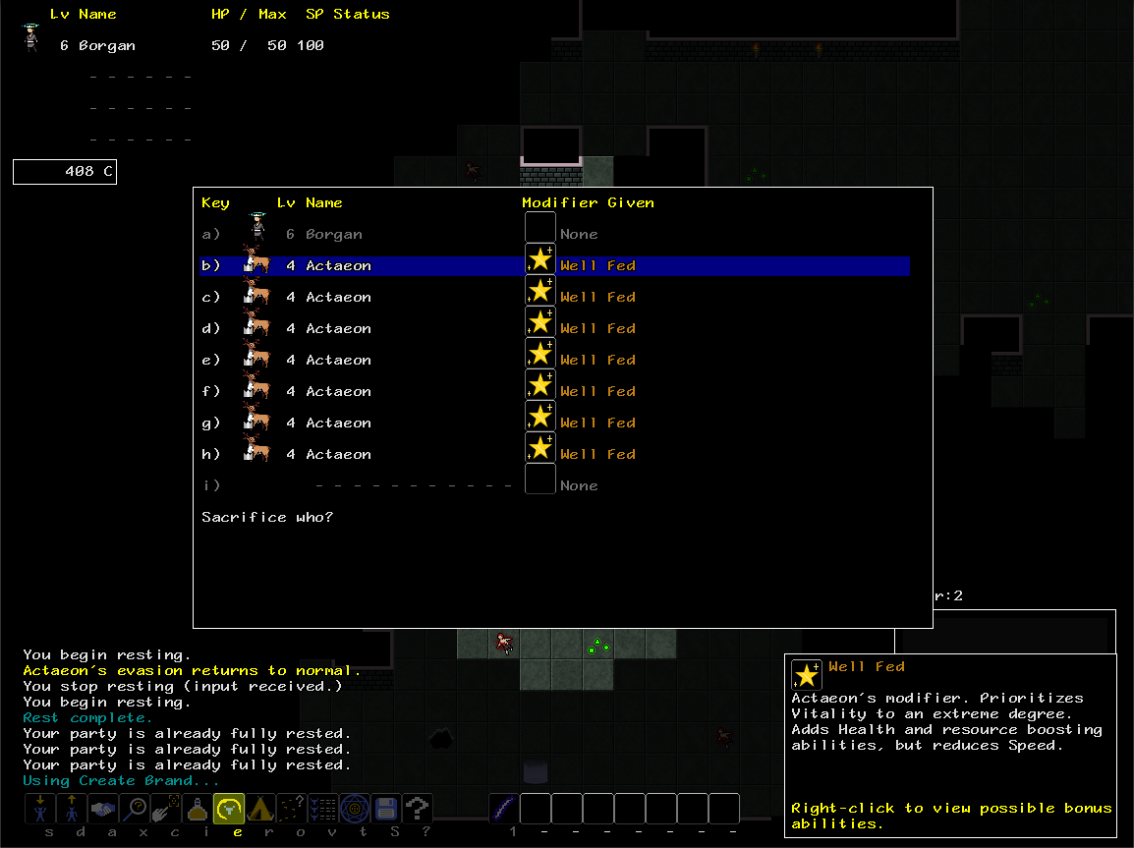 Let’s see what they ended up producing: 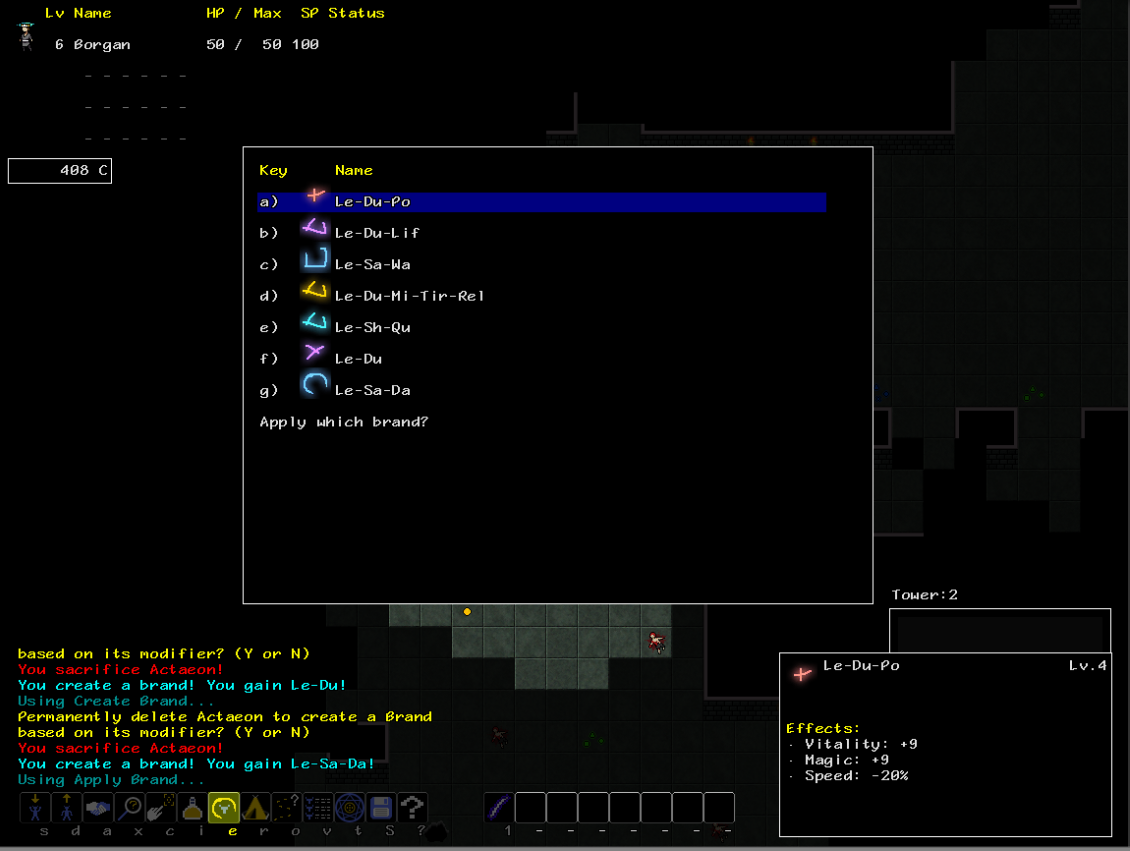 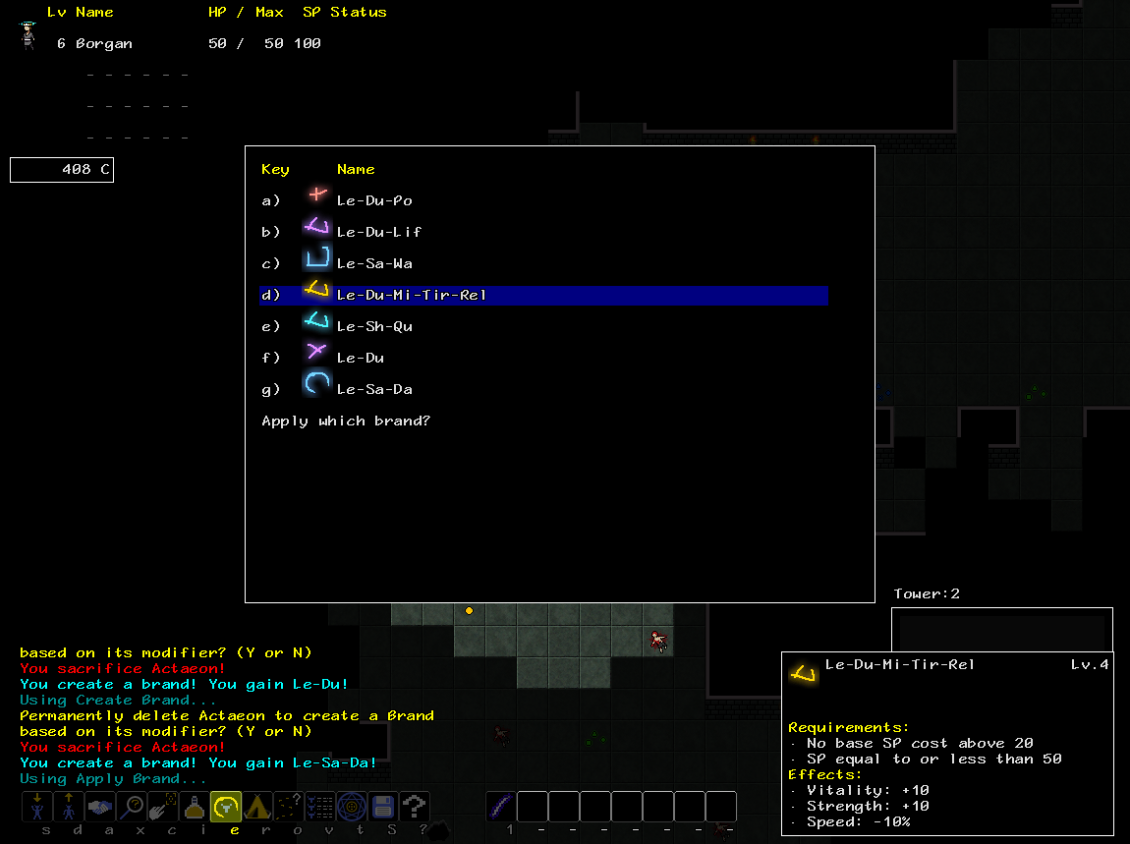 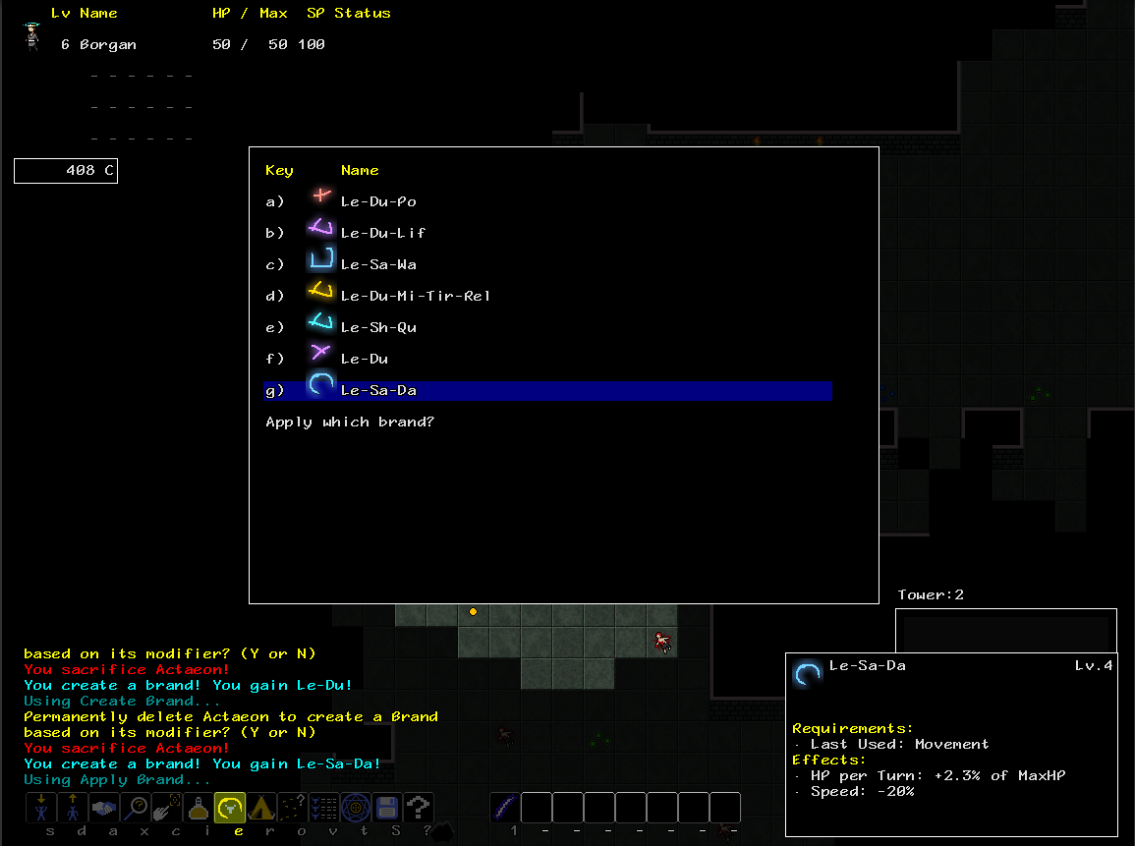 Create Brand’s results depend on the modifier the demon has. As you’d probably expect, Actaeon’s Well Fed modifier tends to produce Brands that penalize Speed, but give defensive bonuses. The word “tends” here is important: there is still a significant random component to Brands made via Create Brand, so you will sometimes see deviations from what you might expect from a given modifier. Still, usually, the result will be fairly consistent on at least the major beats, such as Well Fed’s Speed penalty.

Now I just have to create Brand modifier lists for the other several dozen character modifiers.