Working on content for several builds in a row has been fun.

Annnnd, I’m going to be switching over to other fun stuff, which I’m already talking about with other folks on the forums: http://forum.ferretdev.org/viewtopic.php?f=6&t=114

But, in between, it’s time to do a bit of polishy work. This won’t make for very exciting builds necessary, but it’s an important part of helping keep Demon going strong and hopefully attracting more players.

I know the target audience for “AI controlled pet-based roguelike with a ridiculously hard difficulty level pretty much right out of the gate” is small, but I want all of them.

Some of the polishy stuff can still be pretty nice though. Check out some recent changes to the character sheets. 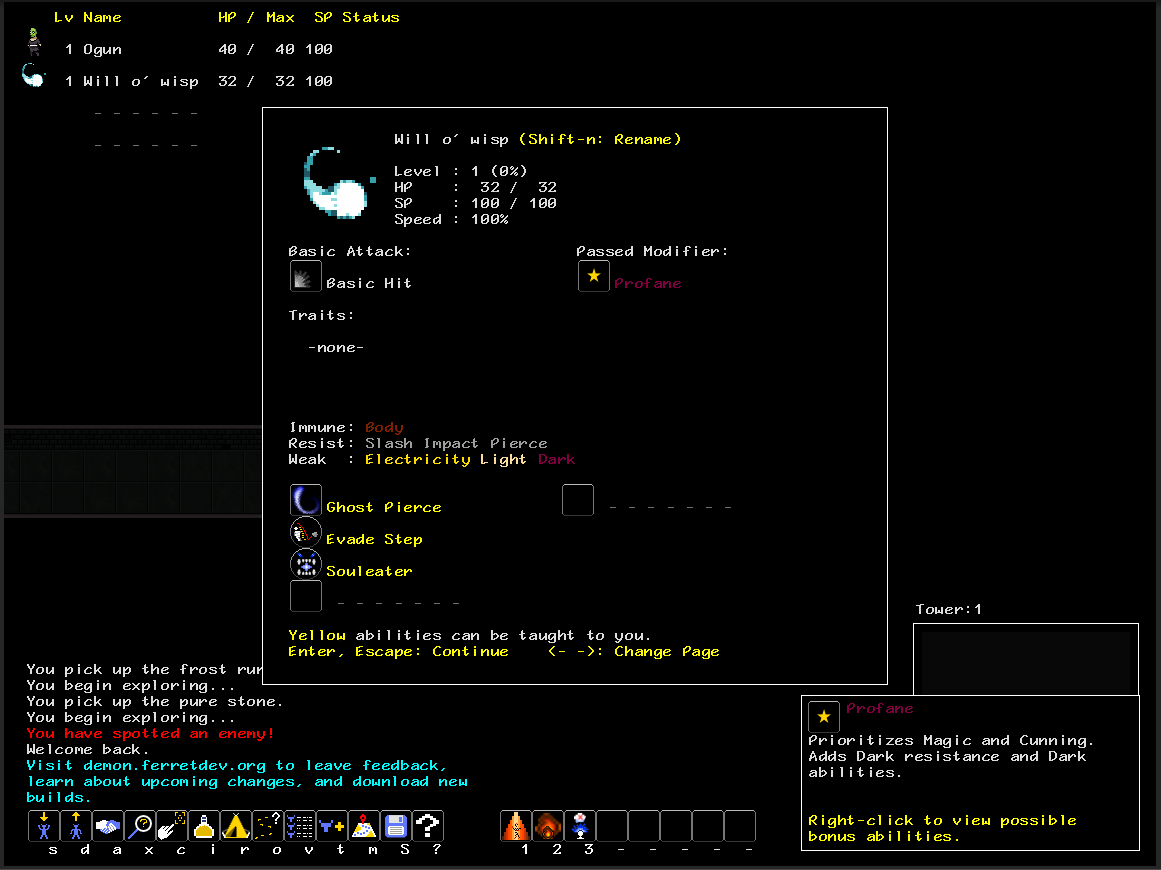 Character sheets now feature a much larger presentation of the art for the character. This has previously only been available during negotiations, but the art looks pretty awesome enlarged, so I wanted to make it possible to see any character in that size.

You can also see what modifier a demon will provide when fused with another on character sheets as well, and just like when using a Matrix, you can right-click the modifier to see the list of possible bonus abilities.

I’ve also been cleaning up some other little “always bugged me” type things, like getting the UI to clean up better between games, having the player’s start position in the Tower be more randomized (instead of always the lower-left most open position

Anyway, I will be on this sort of thing for a little bit, then it will be back to more meat and potatoes type builds.